Bradley Cooper, who happened to appear in the 2005 hit Wedding Crashers, recently crashed an actual wedding. While it wasn't a complete stranger's nuptials, it's still pretty adorable.

The Oscar-nominated actor was hanging around his alma mater, D.C.'s Georgetown University, this past weekend when he stumbled upon the nuptial celebrations of a family friend and took some time out to congratulate the couple as they walked around campus.

Watch the First Teaser Trailer for Guardians of the Galaxy Vol. 2

"Here's a sneak peek from Meg and Nick's private ceremony this past weekend! Their friend, Bradley Cooper, was visiting Georgetown and made sure to congratulate the newlyweds as they walked around campus," the couple's photographer captioned a snapshot on Instagram.

On Monday, the groom's father—who just so happens to be famed journalist Mike Barnicle—appeared on MSNBC's Morning Joe (where he regularly comments about politics) and discussed the A-list guest at his son's big day.

The big takeaway from Barnicle's explanation was that the 41-year-old actor actually caught the bouquet—which makes us wonder if Cooper will be walking down the aisle next!

This wasn't the only surprise Cooper pulled off this past weekend, having shown up backstage to support his A Star Is Born co-star Lady Gaga, who was the musical guest on the Tom Hanks-hosted episode of Saturday Night Live. 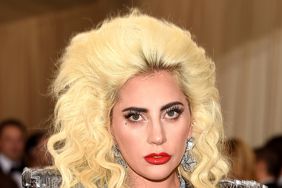