“I’m always whipping it around, changing it up, switching it out," the designer tells InStyle when speaking about her new Pronovias collection.

When you picture a Vera Wang wedding dress, chances are you’re not envisioning something you could style with sneakers and a sweatshirt. But, in 2023, perhaps you should. The designer has once again teamed up with Pronovias to create her second Vera Wang Bride collection for the retailer, and this time, she opted to go the casual-cool route, referencing aesthetics beloved by today’s “It” girls.

“I'm very excited about it because it's very much athleisure, fashion, and street meets bridal,” Wang tells InStyle over the phone. She adds that inspiration came from the sleek, Calvin-Klein-like dress she created for Hailey Bieber’s wedding reception — which happens to be quite the contrast from the romantic, Bridgerton vibes she went with for her previous Pronovias collection. “This was meant to be really Gen Z,” she says describing the pieces. “Hyper hip, highly energetic, super cool, with a music, hip hop influence. An edgy influence. A cool, street vibe.”

Aside from having a specific vision for all 54 gowns, which range from size 0 to 31, Wang says she also knew what she wanted when it came to the campaign. She styled the looks herself, paying extra attention to the footwear and accessories (even the men can be seen rocking pearl necklaces with their suits — very Harry Styles).

“It’s very young and it's re-purposeful,” Wang tells us. “A lot of the dresses are very designed, but that doesn't mean you can't wear them again or can't loan them again. Obviously, there are few ball gowns, but even those have more of a modernity, a lightness to them. I love this whole campaign. I styled it with Birkenstocks. I styled it with Prada white, lug-sole boots. I did real sneakers, from the Keds Original to the Nike Air Force 1. I think it was very, very forward to do in bridal.”

Plus, while some brides may struggle when choosing outerwear to layer over their wedding dress, Wang has given hoodies her stamp of approval.

“It's almost like wearing your husband's tuxedo jacket over [your dress].”

Of course, it comes as no surprise that the designer — who once told InStyle she was the “mother of leggings” — was able to bring athleisure to bridalwear. Aside from fitting right in with Wang’s everyday style, Vera Wang Bride 2023 also speaks to the chill, comfortable pieces many women continue to reach for day to day.

“When you have to think of the generation of brides we have right now, they're even different than girls eight years ago, before the pandemic,” she says. “I’m always whipping it around, changing it up, switching it out. Because it's the new fashion, and you can't help but be influenced by that.”

Also, who is Wang if not someone who shakes up the industry from time to time, much like she did with her famous all-black collection?

“I think people associate me with being pretty edgy,” she says. “They like to throw in that I'm 73 — that comes with the turf right now. But I really am a fashion girl. And the way I style things, the way I put things together, that's from my days when I was a Vogue editor. So, I like to incorporate all that knowledge, all that relevance, and all that study into a business that's quite traditional. And I love new things. But I've always been fearless about it.”

In order to shop the Vera Wang Bride 2023 collection, you’ll have to head to verawangbride.com to book an appointment. However, if wedding bells aren’t in the near future, or if these dresses aren’t quite your style, no worries — the designer is already working on her next drop, which is part of a 10-year deal with Pronovias.

“That's going to be another very different statement,” she teases. 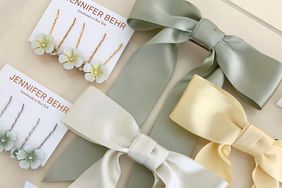 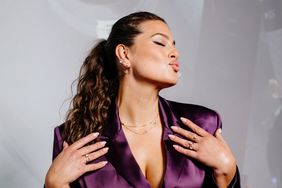 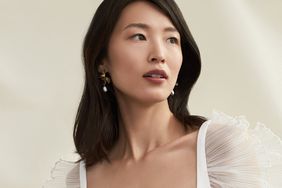 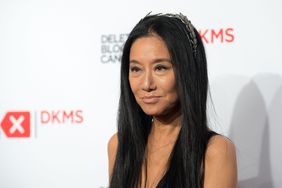 Vera Wang Wants to Take Credit For Our Love of Leggings 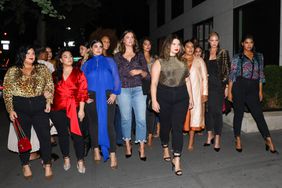 According to Ashley Graham's Stylist, There's Only One Trick to Dressing Curvier Body Types