Tyra Banks Opens Up About ‘90s Jean Trends, Posing Parties, and the Best Beauty Advice She Ever Received

What comes around may go around, but smizing is forever.

Trends are a funny, repetitive thing: In the '90s, our parents saw '70s-inspired bell-bottoms come roaring back into style. In 2022, everything from high-waisted '90s mom jeans to low-rise Y2K styles are all the rage. And if anyone knows how wildly cyclical the fashion industry can be, it's supermodel, TV personality, and all-around triple-threat Tyra Banks.

Wandering through the annual Day Of Indulgence in Brentwood, which is thrown every year by TV and film producer Jennifer Klein, Banks revealed how much she likes that jean trends are currently "going back to the '90s."

"The jeans going back to when I was a supermodel in the '90s is weird," she said with a laugh. "It's a time warp!”

Clad in a comfy cropped T-shirt, Nike sneakers, and black leggings, Banks continued: "You know, with trends, sometimes they're weird in the beginning, and then the more you see them on influential people, your brain starts saying: 'That's beautiful.' Even when it was friggin' weird in the beginning."

There's actually a psychological term for that, I say. It's the Baader-Meinhof effect, or, "the perception of frequency."

Banks nods knowingly. Then, she makes the excellent point that the "normalizing" effect is also applicable to cosmetic appearances. "Even plastic surgery," Banks theorizes. "In the beginning, it was like, 'That looks weird.' But now it's like, 'She's beautiful!' So, yeah. It turns."

Banks also opened up about handing out ModelLand gift certificates at the Day Of Indulgence, where scores of famous women gathered to collect beauty and wellness goodies and catch up.

(For those not in the know: ModelLand is named for her 2011 young adult novel and is a real place in Santa Monica where friends can hang out, eat ice cream, learn top-secret modeling tips, and partake in “posing parties.”) “The recipient — plus friends and family — can learn how to pose from head to toe,” the smize expert explained while snapping her fingers and striking a pose of her own.

"They’re very immersive,” she said. “They’re one of the most glamorous, immersive experiences.” The best part? You don’t even have to care about being an IRL model, Banks continued. It’s all about looking and feeling “hot” in front of the camera.

Banks knows a little something about that, even before her modeling career took off in the ‘90s. “I’ve been modeling since I was 15, so I have all kinds of tips,” Banks continues. “My mom’s a professional photographer, so I grew up with that as a kid.”

Also, it shouldn’t come as a surprise that Banks’ mom (and longtime manager), Carolyn London-Johnson, was a major source of inspiration to the supermodel and Dancing With The Stars host. In fact, Banks said she still remembers the most vital piece of beauty advice she ever got from her mom.

Don’t have any moisturizer on hand? No problem. “I use Vaseline, baby oil,” Banks says. “Anything. When you have dry skin, it's better to have something on it than nothing.” 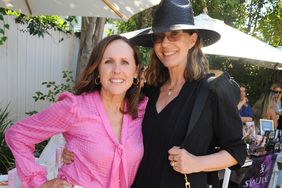 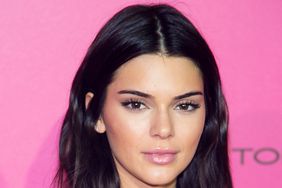