For the very first time, Netflix is giving fans of The Crown a look at what they can expect from the show's take on the drama that unfolded as then-Prince Charles and Princess Diana's relationship unraveled. In a new photo, the streaming giant shared a sneak peek of Dominic West and Elizabeth Debicki in character — with the show's version of their sons, William and Harry. The new season is set to premiere on Nov. 9.

The photo shows the family on a boat together, though there's not much more detail as to which family outing the series is recreating. The snapshot shows Debicki's Diana with her signature short hair, a patterned top, and simple, sleek sunglasses.

Debicki spoke about playing the People's Princess, saying that she was interested in tackling the emergence of the 24-hour news cycle and how it changed the way the world gets its information.

"That's the amazing thing about playing these people at this time, because in the journey of The Crown so far out of all the seasons, this is the most visual content we have of the Royal Family," says Debicki. "In the '90s, everything had started to be filmed, and also it was the birth of the 24-hour news cycle, so there's just this incredible amount of content that we have access to. Diana was the most photographed person in the world at that time. As an actor you open the portal and this huge tsunami of information comes at you. I happily swam around in it."

The upcoming season also stars Jonny Lee Miller as John Major, the U.K. Prime Minister for much of the period covered in season 5. Imelda Staunton, who portray's Queen Elizabeth II, told Tudum that fans have been excited about the new season — and to see her portrayal of the queen.

"What has been nice, and I hope I don't prove them wrong, is people saying, 'I'm really looking forward to seeing her as the queen,'" she said. "So, let's just hope that works out for them because I've done it. Nothing I can do about it now!" 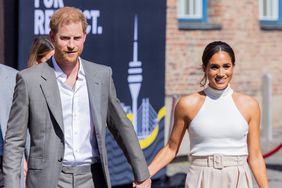 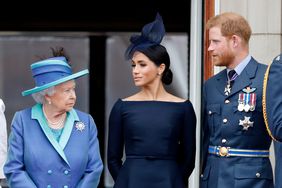 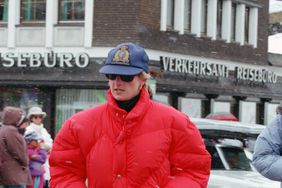