Who: Eco-activist and member of the British royal family, Duke of Sussex, Prince Harry, 38, and English actress and model Cressida Bonas, 33.

How They Met: With a posh upbringing of her own (Cressida’s mom is heir to the Curzon banking business, Lady Mary Gaye Curzon, while her dad is businessman Jeffrey Bonas), Cressida and Harry ran in the same social circles — her half-sister Isabella Calthorpe was even rumored to be the cause of Kate Middleton and Prince William’s temporary breakup in 2007.

Their paths eventually crossed when Harry’s cousin Princess Eugenie introduced him to Cressida, her classmate at Leeds University, in May 2012. But it was Eugenie’s boyfriend at the time and now-husband, Jack Brooksbank, who sealed the deal and set up a double date between the couples, according to People.

Weeks later, Harry and Cressy both attended the European premiere of the Batman film The Dark Knight Rises, and they were spotted “getting very cozy” at the afterparty until 4 a.m. the next morning.

Why We Loved Them: On the surface, Cressida and Harry seemed to be the perfect match. They had common interests, like a love of adventure (ski trips to Kazakhstan), indie rock (they attended Glastonbury), and late-night clubbing. Their pet names for each other were adorable (“Barbie” and “Ken”), and despite their very formal upbringings, Harry and Cressida were anything but uptight.

When They Peaked: After almost two years of dating, Harry and Cressida finally made their first official appearance together as a couple at the charity event, We Day U.K, in March 2014.

Naturally, the paparazzi went crazy — especially when Cressida began heckling Harry from the audience while he made a speech.

The Breakup: Not long after their official outing, Cressida and Harry called it quits in May 2014.

At the time, it was believed that they split so Cressida could concentrate on her career, but years later, it was revealed that the real reason behind their breakup was that the model-slash-actress didn’t want the attention that came with being a royal.

“A rising actress, Cressida did not enjoy the critical remarks that she could hear people making behind her back when she walked down the street in London,” wrote author Robert Lacey in his book Battle of Brothers: William and Harry—The Inside Story of a Family in Tumult. “She felt that the fame of her relationship put her ‘in a box.’” Adding to her apprehension, Lacey said that Cressida was “completely spooked after watching the TV coverage of William and Kate touring New Zealand with baby George in tow. That was not how she would want to enjoy her eight-month-old son, she regretfully explained to Harry.”

Cressida shared a similar sentiment while previously speaking with The Daily Telegraph, admitting that she feared being labeled an It girl for life after dating Harry. “I think terms like that are very narrow-minded,” said Cressida, promoting her new show The Murders at White House Farm at the time. “I think that I work very, very hard, I love what I do, and I just hope that this role has shown people what I can do and what I would like to do going forward and not be caught in a box in any way."

The breakup was amicable, and Cressida and Harry remained friends — she even attended his wedding to Meghan Markle in 2018.

Where They Are Now: Bonas married another Harry — property developer Harry Wentworth-Stanley in 2020. She and her husband first dated as students at Leeds University, and they reconciled several years later following her romance with Prince Harry. The two welcomed their first child together just a few weeks ago.

Post-Prince Harry, Cressida’s career took off. In 2016, she starred in the TV miniseries Doctor Thorne, and the following year, she had two major films come out, The Bye Bye Man and Tulip Fever. Her most recent project was The Murders at White House Farm in 2020.

TBT: Alanis Morissette Hit "Rock Bottom" When She and Ryan Reynolds Called Off Their Engagement

In 2020, Meghan and Harry took a step back from their roles as working royals and left the U.K. to move to the United States with their children.

They launched their charity, The Archewell Foundation, in October 2020. Still, without an annual income from the monarchy, Harry, along with Meghan, make money from various entertainment deals through their media company Archewell Productions — comprising a range of programming for Netflix that includes the couple’s upcoming documentary Harry & Meghan. Next month, Harry will also release his autobiography, Spare. 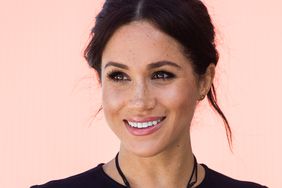 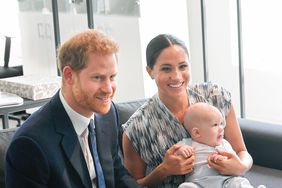