So very 'Reputation' of her.

After taking a considerable hiatus from the spotlight, Taylor Swift proved she’s officially back on the red carpet grind by stopping at both MTV’s VMAs and the Toronto International Film Festival within the past month — making Swifties everywhere eternally grateful. The singer’s latest appearance? NSAI’s Nashville Songwriter Awards, where she was named 2022’s Songwriter-Artist of the Decade while wearing a very Reputation-era ensemble.

On Tuesday, Swift walked the award show’s red carpet in a gorgeous black sequin Michael Kors gown that featured a mock-neck design and a triangle-shaped side cutout. While the singer’s left arm was covered in glitz, the right side of her dress was completely sleeveless, balanced out by a sky-high leg slit. Although a stunning gown in its own right, eagle-eyed fans couldn’t help but call on similarities between the dress and one of Taylor’s performance looks from her Reputation Stadium Tour from 2018 that also featured an asymmetrical design and sequin-covered texture.

Bejeweled silver Aquazzura heels, diamond drop earrings, and a bright red lip completed Swift’s look, and she wore her blonde hair (save for her iconic bangs) tied into a low ponytail.

Upon receiving the Songwriter-Artist of the Decade honor, which was determined by an artist's cumulative songwriting success between 2010 and 2019, Swift took to the stage to thank her supporters and reflect on her songwriting journey. “Lately, I’ve been on a joyride down memory lane. I’ve been re-recording my first six albums,” she shared. “When I go through the process of meticulously recreating each element of my past and revisiting songs I wrote when I was 13, 14, and 15, that path leads me right to music row.”

Taylor continued, “How my mom would pick me up from school and drive me to my co-writing sessions with dozens of writers (and some of you are in this very room tonight), who 15 years ago decided to give me their time, their wisdom, their belief before anyone thought writing with me was a productive use of an afternoon. I will never forget you, every last one of you.” 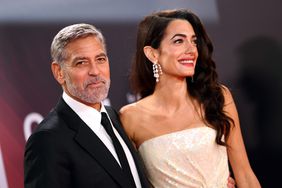 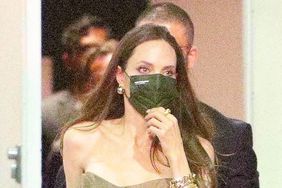