Hot on the heels of a New York City appearance that saw Selena Gomez sporting the perfect winter uniform, the actress was spotted out and about in a versatile black-and-white staple once again — but this time, it screamed fancy grandma.

When attending a private screening of her AppleTV+ documentary, My Mind and Me, on Wednesday night, Gomez wore a sophisticated tweed button-up minidress from self-portrait that featured black detailing, a deep V-neckline, and several pockets. But while the star’s dress, which she layered over a pair of sheer black tights, may have embodied a fancy grandma feel, Selena elevated the look (literally) by complementing her ‘fit with the hottest shoes of the moment: sky-high platform heels.

Sticking to basics, Gomez skipped any major accessories when crafting her ensemble, and she opted for a low-key makeup look and slicked-back high ponytail to complete her glam.

Although Selena’s outing was in promotion of her documentary, the appearance came just a day after the actress was honored for a different on-screen endeavor. On Monday, it was announced that Gomez had received her first-ever Golden Globes nomination for the role of Mabel in Only Murders in the Building.

Naturally, it didn’t take long for the Rare Beauty founder to react to the news publicly. On TikTok, Gomez shared a throwback clip of an interview from 2011 where she talked about one day hoping to win a “Golden Globe or Oscar.” Reflecting on the moment, Selena captioned the clip, “Dreams do come true!! GUYS IM NOMINATED FOR A GOLDEN GLOBE. Brb gonna scream.” 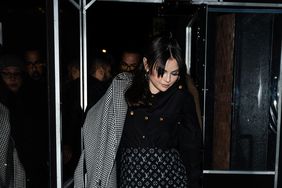 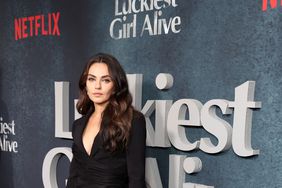 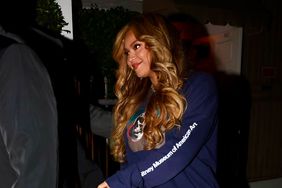 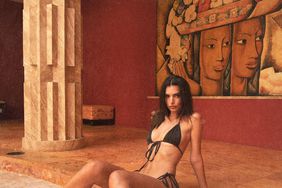