The face of an angel.

Rihanna's baby boy has officially made his social media debut.

On Saturday, the singer shared a first look at her son in a video posted to TikTok, and he couldn't be any cuter. In the clip recorded by Rihanna herself, the seven-month-old, who looks just like his mom, is seen bundled up in his carseat while making adorable faces and giggling at the camera. As his tiny hands reach out to Rihanna, she asks, "You trying to get mommy's phone?"

Later in the clip, Rihanna and A$AP Rocky's son, whose name has yet to be revealed by the couple, sweetly yawns as he looks out the car window. "Hacked," Rihanna wrote as the caption for her first-ever TikTok video.

Rihanna and A$AP welcomed their first child together in May, and they've been rather protective of their son's privacy ever since. “Privacy has become increasingly important to the couple. When it was just the two of them, they’d go out all hours of the day and night, and interact with fans," a source previously told Entertainment Tonight. "Now, with the baby, they’re a little more protective.”

In a new interview with Access Hollywood, Rihanna referred to her son as her "number one priority" these days. “Life starts over when you become a parent. It’s life that you’ve never known before,” she said. “You look at him and he’s yours but he’s a stranger and you’re learning him as he’s learning you and learning the world." 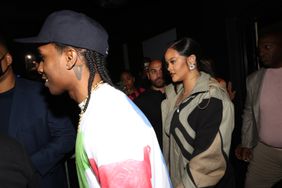 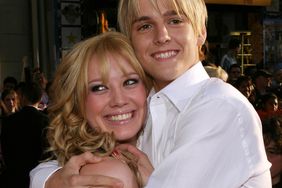