Justice for the Michaels of the world!

My first mistake was watching Reality Bites as an impressionable teenager in 1994. In my defense, I was in Fort Lauderdale with my family visiting my grandma, and the only other option that day was sitting in a poorly lit strip-mall diner and poring over the early bird specials. Why not escape into an air-conditioned movie theater to see a new Winona Ryder offering? I viewed her as the impossibly cool older sister I never had. Onscreen, she refused to conform; off-screen, she dated Johnny Depp and palled around with Bono. She would never steer me wrong. Besides, a movie titled Reality Bites instantly appealed to my inner-cynic who never gelled with the rah-rah suburban high school experience.

I should have just caught the movie on cable years later, as little did I realize the drama of its central love triangle would seep into my psyche and ruin me. Backstory: Ryder plays Lelaina Pierce, a freshly minted, top-of-her-class college grad. She has a pixie cut that works for her. In her spare time, she films her friends (Ethan Hawke, Steve Zahn and Janeane Garofalo) and aims to make a documentary about their lives. Then she has a meet-cute with TV executive Michael Grates (Ben Stiller, who also directed the film) and they start dating. Michael picks her up for dates at her apartment, compliments her on the regular and exclaims “I love you!” and “You amaze me!” in one breath.

But Lelaina has a weakness for a quintessential Gen X slacker. Hawke’s Troy Dire, you see, is the anti-Michael. He’s incapable of holding down a girlfriend and a job, both of which are too establishment for him. He’d rather just play in his band (think Pixies-meets-Gin Blossoms) and hang out with Lelaina. “This is all we need,” he tells her one night, “couple of smokes, a cup of coffee and a little bit of conversation.” When he and Lelaina finally fall into each other’s arms — in the aftermath of a fight with Michael — it’s dreamy and soulful. Troy does walk out on her the next morning, but that’s only because he can’t handle it. Lelaina feels his torment and ultimately chooses him. Their embrace closes the film.

I swooned watching Lelaina and Troy’s relationship unfold. Here was a brooder cloaking his high intelligence and sensitivity under old-fashioned 1990s world-weariness. He wasn’t a “bad boy” per se, but just dangerous enough to flummox her parents. As a lovelorn young adult, I totally understood the appeal. Though I wasn’t nearly as hipster as Lelaina — and could never pull off that haircut — I was a responsible type-A overachiever who resisted seeking out the steady-as-a-rock boyfriend. Instead, I rebelled and chased after apathetic Troy Dire-types who would rather smirk than dance to “My Sharona” in a convenience store. Mind you, I had no expectations of settling down with them. They just represented an out-of-the-box fantasy. Even befriending guys outside my goody-goody social circle felt like an accomplishment.

I didn’t just fixate on Troy’s perpetually furrowed brow and his endearing knowledge of kitschy TV. For aspirational purposes, I also made careful note of how Lelaina cracked through his veneer. If she could fix Troy, then I could fix all my emotionally closed-off casual boyfriends who told me they just weren’t ready to embark on a serious relationship. This was my second mistake, and a long-term one at that. Like Lelaina, I’ve looked past glaring personality flaws — withdrawals, passive-aggressive asides, mental head games — in the name of breaking through as if I were a rigger determined to strike oil. And I, too, have sulked on my bed and stared up at the wall and waited for a guy to call while listening to emo music even though I wasn’t the one in the wrong. I didn’t make my own breakthrough until I started going out with . . . . what’s the word? . . . oh, yes, . . . grown-ups.

I still love the movie, only now I watch it from the perspective of a veteran dater. Every time Lelaina runs out of her apartment to find Troy, I want to stop her and tell her that a moody, chain-smoking loner who treats her like yesterday’s Doc Martens isn’t sexy. You know what’s sexy? A sweet, supportive boyfriend with a steady job and a great head of hair. Someone who tells you exactly how he feels and sees you in his future. Someone like Michael. So, he’s a tad vanilla and probably shouldn’t have turned Lelaina’s raw footage into a watered-down Real World. The material wasn’t that profound anyway. Michael is the ultimate catch; Troy is the ultimate heartbreaker. It’s still not easy to accept the truth, but, hey, reality bites. 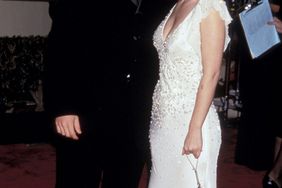 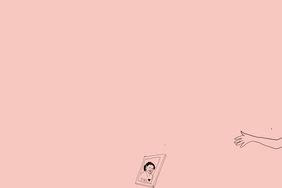