Everything to Stream on Netflix This May

There's mystery, murder, and a peek into the dark side of old Hollywood awaiting you this month on Netflix.

As April comes to a close, Netflix is set to welcome a bunch of new titles, and whether you’re eager to catch up with the Riverdale gang or you’d prefer a night in with the staff at Seattle Grace on Grey’s Anatomy, there’s truly something for everyone in May.

Along with the Netflix debut of the newest seasons of your favorite cable television series, this month features the return of Netflix's own Kimmy Schmidt. The much-beloved character stars in a new interactive special debuting on May 12, and for her return, Schmidt (Ellie Kemper) is joined by Daniel Radcliffe and Jon Hamm. Other highlights this month include The Half Of It, a coming-of-age comedy generating early critical buzz ahead of its May 1 release, and The Eddy, a Netflix series from the director of La La Land that chronicles the happenings (and the struggles) of a Paris jazz club, which premieres on May 8.

In the rush to consume the month’s best new titles, don’t forget to save some time to bid farewell to the old. Throughout the month, a number of hit releases are leaving Netflix, including the entire Scandal series on May 18. Those with a fondness for romance may also want to get in viewings of Dear John, My Girl, and Ghosts of Girlfriends Past before they leave on May 31.

Prepare your May Netflix viewing list accordingly, and scroll through some of our must-watch picks for the month, along with a complete list of May’s arrivals and departures.

Dead to Me: Season 2

Prepare for another season of secrets and laughs when Dead to Me returns to Netflix for its second season. The dark comedy, starring Christina Applegate as grieving widow Jen and Linda Cardellini as Judy, a new friend with a secret, debuted nearly a year ago, and at the conclusion of the first season, viewers were left reeling from a major cliffhanger. Fans of the critically lauded series will have to tune in to see whether Jen and Judy can handle hiding a major murderous secret together — but based on initial trailers, the unlikely accomplices are in for some trouble, and an unexpected visit from the FBI.

From the mind of Ryan Murphy, the creator of American Horror Story and Pose, comes Hollywood, a series centered on making it in Tinseltown after World War II. For the seven-episode series, Murphy intermingles the lives of real-life 1940s Hollywood legends with a fictionalized group of aspiring stars. Jim Parsons, Darren Criss, Samara Weaving, and Jeremy Pope are among the all-star list of cast members due to star in the drama.

Issa Rae and Kumail Nanjiani star in this romantic comedy with an unexpected twist. Jibran (Nanjiani) and Leilani (Rae) seem to have it all together, but when they’re forced into the center of a murder mystery, their perfect love is put to the test. Attempting to clear their names, they team up to take down a powerful organization.

We’re used to seeing Adam Sandler be the funny jokester in films, but this time he’s taking on a more serious role in Uncut Gems. The drama centers on a New York City jeweler (Sandler) who has a major gambling problem. His infatuation with the thrill of gambling leads him to a series of high-stakes bets in the midst of other external craziness surrounding his life.

Uncut Gemstook both the critical world and social media by storm when it was released last year, as many spoke favorably of Adam Sandler’s acting in this high-stakes drama. The thriller will leave you on the edge of your seat the entire time as you follow along with the story of Howard Ratner (Sandler), a jewelry store owner that’s just trying to get his life together, and failing at every turn. When Ratner finds himself facing potential financial ruin over the sale of a rare black opal, he’ll do everything he can to secure a future filled with riches, even if that means putting his life on the line.

Some of the biggest names in comedy, including Steve Carell, Lisa Kudrow, John Malkovich, and Jane Lynch, star in Space Force, a fictional comedy based on the very real idea presented by President Donald Trump. Carell leads the series, starring as Mark, the government employee unwillingly pulled into spearheading the force.

Everything Coming to Netflix in May 2020

All Day and a Night

The Half Of It

Back to the Future Part II

Cracked Up, The Darrell Hammond Story

Masha and the Bear: Season 4

Song of the Sea

The Curious Case of Benjamin Button

Underworld: Rise of the Lycans

What a Girl Wants

Dead to Me: Season 2

House at the End of the Street

Restaurants on the Edge: Season 2

Have a Good Trip: Adventures in Psychedelics

I Love You, Stupid

She-Ra and the Princesses of Power: Season 5

Patton Oswalt: I Love Everything

Just Go With It

Norm of the North: Family Vacation

Everything Leaving Netflix in May 2020

The Place Beyond the Pines

She's Out of My League

Yours, Mine and Ours

Austin Powers: The Spy Who Shagged Me

Looney Tunes: Back in Action

The Naked Gun: From the Files of Police Squad! 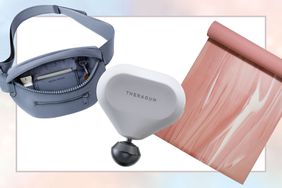 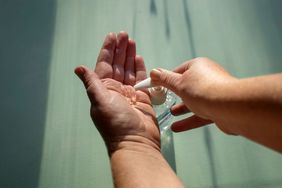 Here's What Exactly to Look for In a Hand Sanitizer