If there's one thing to expect from Tom Ford's latest project, Nocturnal Animals, it's that the film will include impeccable fashion. The thriller, which Ford wrote the screenplay for, directed, and produced, stars Amy Adams and Jake Gyllenhaal as a divorced couple who discover the darkest sides of one another. Adams plays an art gallery owner in Los Angeles who receives a manuscript from her ex-husband (Gyllenhaal), which he dedicates to her. When she reads the grisly, violent novel, she interprets it as a veiled attempt at revenge for what she did to him 20 years prior (no spoilers here!).

Her wardrobe (and every setting in the film, actually) is visually stunning—we'd expect nothing less from Ford. But, you'd be surprised to know that he actually keeps his fashion career far away from his film one. "Fashion doesn't influence me in film," Ford said after the Toronto International Film Festival premiere. "I separate the two. You know, fashion is a wonderful thing and it's a wonderful business, but it's very quick. We move through it. Movies are forever. Storytelling and what I do as a filmmaker, even though it's only my second film, they last forever. They're totally different things."

To take it a step further, Ford decided not to use any of his own line in the film. "You will not find one Tom Ford product in this movie," he says. "It is not a commercial for Tom Ford. If you watch the end credits, it's Prada and Karl Lagerfeld and this and that. Chanel made all of [Laura Linney's] clothes. [Fashion and film] are completely separate things." 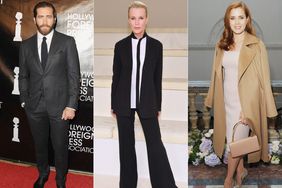