Trust Me: The Assistant Tells the #MeToo Story That Bombshell Couldn't

If you saw Bombshell, you might feel like you already know the narrative of the sexual harassment whistleblower: Woman is harassed, then outraged, then empowered, and, ultimately, avenged.

The Assistant, though, is the quiet, tense story that looks at those everyday #MeToo moments. How sometimes, a hundred small offenses only become apparent when the larger ones — the ones that grab the headlines, those attached to marquee names — crop up as well, like little bruises on an apple that’ll eventually cause it to rot. In real life, loose ends aren’t always wrapped up neatly, and victims of harassment aren’t always the only ones that get hurt.

Most women have experienced workplace harassment, though not always on a literal casting couch. A 2018 Pew Research poll found that 69% of women experienced harassment at work and, of course, harassment is often underreported.

I am one of those women. My schedule was unfavorably changed because the boss didn’t want a “distraction” interfering with the work of male employees; I was also the subject of “jokes” about availability for sex when my boyfriend was indisposed. These experiences don’t keep me awake at night, but I haven’t forgotten them, either.

Workplace harassment isn't always about egregious wrongdoing, like the allegations reported during Harvey Weinstein’s reign of terror, but everyday abuses of power — the inappropriate touches, the comments, and the passive aggressive retaliation — that often go unchecked and almost unnoticed. These subtler transgressions have a toll that builds over time; according to the Institute for Women’s Policy Research, harassment has a negative impact on overall health, can lead to reduced opportunities for job training and advancement, and even a loss of employment.

In The Assistant, protagonist Jane sees everything because no one bothers to see her — the junior assistant to a Hollywood producer. Who has less power than a fresh-out-of-college assistant who’s been on the job for about a month? Jane makes the coffee, fills the mini fridge with bottled water, and places the lunch order — but she also picks her boss’s used hypodermic needles out of the trash and bags them as biohazards, and answers the phone when his wife calls and he’s “in meetings” (the euphemism of the century) with actresses. She’s the lowest rung on the ladder, as the other two assistants — both men — constantly remind her, insisting that she answer the difficult phone calls and literally dictating her emails to the boss.

Trust Me: Cheer Is the Best Thing to Happen Since Bring It On

Julia Garner, as Jane, looks pale and colorless, nearly translucent — an insignificant wheel moving a machine along. What’s riveting about her performance is how deeply we see inside her psyche, and how invisible to everyone else she feels. Garner gives insight into Jane’s pain and her feelings about the mounting pile of offenses taking place behind the closed doors of her boss’s office. She beautifully communicates the helplessness that makes the story feel real to me, and probably to so many other women.

Bombshell was all about beautiful women trapped in the male expectation that they needed to give some to get some, the most prevailing narrative we’re shown of sexual harassment. But in The Assistant, we see the fallout of men abusing their power in more detail. Jane gives, but it’s not sex she’s giving — it’s her dignity, and, ultimately, she feels ashamed of her own role in keeping the bullshit going. She’s powerless to put a stop to it without sacrificing her own dreams of advancing. She sees the acceptance of the bad things happening just out of sight, but it just feels like the cost of doing business. Standing up to the boss and that abuse of power seems necessary — the right thing to do — but at the same time, impossible.

There’s a scene where, after an actress arrives for a meeting in a skin-baring top, Jane goes to the bathroom, where she stares at her own reflection in the mirror. Modesty is safe, but does it render her invisible? Where Bombshell is all studio lighting and short skirts, The Assistant is a fluorescent glow and Jane’s super-modest turtleneck. Bombshell is glossy and aggressive in its messaging about who is good and who is bad; victims are on one side, villains on the other. The Assistant is more subtle; just like in reality, it shows how difficult, if not impossible, it can be to tell who has been harmed and who is complicit.

The Assistant gets at the horrible, squirming reality of harassment — the compromises, the allowances, the humiliations large and small — and reminds us that “monsters” aren’t the only perpetrators, and famous faces aren’t the only victims. Ultimately, however, both Bombshell and The Assistant seek to confront harassment and prevent it from being swept under the rug. It’s a tale that remains far too familiar, which makes it a conversation we must continue.

Sexual Harassment Is Widening the Wage Gap
I'm a Psychiatrist, and Women Aren't Being Honest About Their Sex Lives 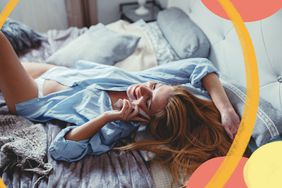 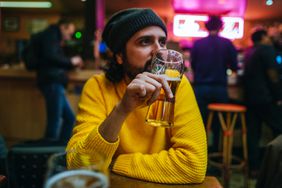