A Parkland Teacher Who Saved 65 Kids Recalls That Day, One Year Later

Some of the surviving students are still in her class, some are in college now; many are struggling with what Marjory Stoneman Douglas drama teacher Melody Herzfeld calls "the big why — why was it them and not us?"

Kaelyn Forde
Kaelyn Forde is a freelance reporter and producer covering news, politics, motherhood, fertility, and health. Her reporting has been published by InStyle, Glamour, Allure, Cosmopolitan and BBC Magazine, among others.
InStyle's editorial guidelines

Melody Herzfeld still has the last video she took on her phone before the shooting began. In it, her teenage students belt out a silly song about Vikings trying to prove the Earth is round, in the sugar-filled frenzy of a high school drama class on Valentine’s Day.

“We were in full-swing musical rehearsal in our very large classroom, we pushed all the chairs out of the way, pushed all the tables out of the way, turned up the music in the classroom and started learning our scenes,” Herzfeld, 52, tells InStyle. “One of the students’ moms dropped off something for everybody. There were teddy bears all over the place, chocolates, candy and sugar, and the kids were just having a blast.”

From behind her phone, Herzfeld watched the kids run through a song from Yo, Vikings! a musical about a 10-year-old Pennsylvania girl who dreams of big adventures. The class had plans to perform it as their annual children’s show a few weeks later, and time was tight to get it right.

“It’s funny, I was recording that day, I was videotaping the kids, and that’s the last thing I have on the phone is them singing. It’s just crazy to see that picture, and then compare that with like 10 minutes later,” Herzfeld says.

When the school’s alarm went off for the second time on Feb. 14, 2018, Herzfeld told the kids to finish the scene. She assumed it was another drill like the one Marjory Stoneman Douglas High School had already conducted earlier that morning.

“Then one of the kids is like, ‘Come on, Herzfeld, we’ve got to go,’ and I’m like ‘Ok, let’s go,’” she says. About half of her 65 students had filed out when they saw police officers in the courtyard outside. That’s when Herzfeld heard someone shout “evacuate,” and “code red.” Within seconds she had the kids back inside the theater room’s big supply closet and the lights turned off. She took attendance; everyone was there.

“All of a sudden, I get a text from a former student that said, ‘Ms. Herzeld, you have an active shooter on campus, it’s real.’ And then I said to the kids, ‘Ok kids, take out your phones.’ I didn’t say anything about a shooter. ‘I want you to take out your phones and text your parents that you’re with me and you’re safe,’” Herzfeld remembers.

With their phones out, the tweets, Snapchats and texts began to pour in; someone was shooting up Marjory Stoneman Douglas. Hunkered down in their closet, a student had a full-blown panic attack, others sobbed uncontrollably. They had no idea then that by the time the shooting stopped, 17 of their friends and teachers would be dead; more than a dozen others injured.

“After a few hours, we start hearing banging and I said quietly, ‘The police are going to come in here, they’re going to have their guns drawn, and they’re going to be pointing right at you,’” Herzfeld said. “‘You put your hands up and you don’t say a word, you don’t cry, you don’t fall on the floor, no crazy stuff.’ They listened like they were such soldiers. They took deep breaths, and we opened the door and it was exactly like I said it was going to be, and they ran out, and then everything started happening.”

I Survived the Parkland Shooting; Here's What it Felt Like to Go Back to School

The rest of the afternoon, Herzfeld watched for who did — and didn’t — emerge from the building where 19-year-old Nikolas Cruz had opened fire with an AR-15. She waited until each and every student was picked up by their families. She joined other teachers in giving statements to police. And then, with nothing left to do, she walked into the warm night air around 10 p.m. and down the dark road toward home. Her car sat in the school parking lot, part of the active crime scene.

“I walked up to my house and they were looking at the news. And we were just there. We couldn’t believe it had happened,” she remembers.

In the year since Parkland became another American city synonymous with gun violence, Herzfeld says she has mourned the people who were lost, watched the “bombardment” of the news media, been inspired by the activism of her students, grown frustrated with “strangers” stepping in, and grappled with her own “survivor’s guilt.”

Two weeks after the shooting, she was back in the auditorium, rehearsing Yo, Vikings! surrounded by kids who were grappling with many of those same issues. She was determined that they would still put on their show, a process that is the subject of a new HBO documentary, Song of Parkland. The documentary, directed by Emmy-winner Amy Schatz, premiered on Feb. 7 and is now available to stream for free.

Herzfeld also helped her students put their feelings about the massacre into music, and guided them through a performance at a CNN town hall and the Tony Awards, where she was also honored. But outside of the bright spotlight of the world’s media, life has not gone back to normal in her Florida classroom.

Emma Gonzalez's March for Our Lives Speech Will Hit You Hard

Several of her students have helped launch the #MarchForOurLives movement, tapping into their theater skills to speak in front of thousands. She says she sometimes struggled with what role to play in their new, highly visible lives.

“I have had moments of immense pride and moments and times of feeling like, I can give them so much good advice right now but someone else is advising them,” she says. “It’s very difficult when strangers come in to this who have nothing to do with it and all of a sudden they’re fighting alongside with kids who need someone who really knows them and knows how they operate to help them. My job became very clear when everything happened: I needed to be a teacher.”

For her, that means taking it one day at a time and continuing with a regular season of production work, “so that we can still give the best experience to our students going forward.” Another part of her role, she says, is letting kids know it’s ok to move on with what they had planned for themselves before the shooting.

She keeps in touch with the few seniors who were with her that day, and who are now in college, via text message, adding that in some ways, it’s been harder for those who have graduated to heal away from their community. Why some walked out of that building that day alive and able to carry on pursuing their dreams and others didn’t is something everyone in the Parkland community still struggles with.

“We all know one day we’re going to go, that’s just part of life, and part of living, but it becomes real when it comes so close,” Herzfeld says. “You question, you know, survivor’s guilt: Why was it them and not us? Why? It’s the big why. And it is what it is, and you can beat yourself up thinking about it.” 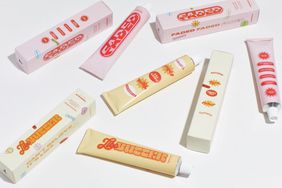 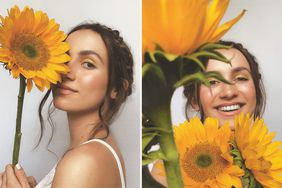