Sharon Horgan on Breaking Into Hollywood in Her 40s

From plucking turkeys in Ireland to playing opposite Nicolas Cage at 51.

Growing up in County Meath, Ireland, I would write little monologues and perform them to nobody. I remember telling my mom that this is what I was going to do and that I was going to be successful at it. I don't know where the hell that came from — and I still don't. It took ages for me to actually build the confidence to have a go at show business, though I picked up some useful skills from being raised in Ireland that served me well along the way.

For one, I grew up on a turkey farm. Walking into sheds where you're knee-deep in white feathers is a bit of a mad landscape, but it all makes for a strong work ethic. Dad liked to keep it in the family, so my siblings and I would be taken out of school over the Christmas holidays to pluck turkeys and keep it running. Watching my parents grind to make enough money over this one period of Christmas to keep us going for the rest of the year is a lot of what formed me as a human being. To this day, whenever I see a turkey I think, "Poor wee bastard."

Another formative experience was convent school, run by a pretty maniacal nun. It was all Bibles and assemblies, very normal, but it sort of feeds the "naughty" in you — when the rules are so strict, they have to be broken. The experience pioneered my hunger to break out of what was expected of me.

Then, of course, when you're brought up in Ireland, everyone works as a barmaid or barman from a young age, because there don't seem to be any rules as to what age you should be to serve a pint. I was still working in bars and a wide variety of other shit jobs when at 31, when I stopped making excuses for myself. I decided to live off my credit card and give an honest try to building a career in entertainment.

By then I had moved to London, and it wasn't long before I broke through with my 2006 series Pulling, a sitcom I created and starred in about three single ladies living in Hackney. It borrowed heavily from the real-life misspent twenties of myself and the show's co-creator, Dennis Kelly; we both lived in low-level, low-rent shared accommodation, worked unsatisfying jobs we weren't interested in, and were going from one bad relationship to the next. At that point, we'd never made anything before, and we were like, "What the hell? Someone has given us a TV show." It was the strangest, most brilliant experience having carte blanche to make what we wanted. I can't believe that it happened.

Writing and starring in my sitcom, Catastrophe, nearly 10 years later gave my work much wider exposure, since it was picked up by Prime and watched in the U.S. It centered around Irish characters and got such a good reaction from the people back home. I think the hallmarks of classic Irish comedy are antiheroes, the ability to laugh at dark times, and really just ripping the piss out of other people, which was a defining feature of some of the show's characters. I mean, Irish people are so good at that.

Despite all the nonsense of this weird business I'm in, there is something quite addictive about it. It's incredibly compelling to watch your ideas come to life, though every time I'm in the middle of a job, I think, "What other skills do I have? Maybe I could just move to a little Greek island." But when it's full steam ahead and everything is going well, I get excited. I don't know if I'd ever step back from entertainment for good, unless I'm booted out — but that's not really an Irish exit, is it? If I ever do skedaddle of my own accord, I'll do it when everyone's backs are turned.

Horgan appears in The Unbearable Weight of Massive Talent, in theaters April 22. She is the co-creator of the series Shining Vale, now streaming on STARZ. 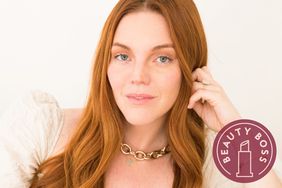 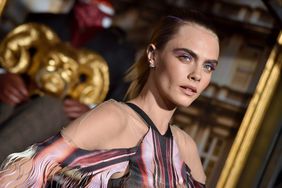 Cara Delevingne Explains the Significance of Her Corset on Carnival Row 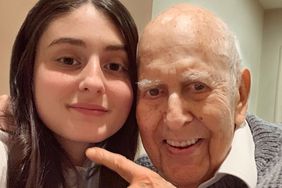