Our Favorite Music Videos of 2016

Is it just us, or has the allure of music videos just not been the same since TRL ended in 2008? Remember the days of coming home from school, sitting on the couch with a snack, and watching music videos for hours on end? Simpler times!

The medium might have changed, but this year actually brought about some killer music videos. (This year also unleashed the power of the "visual album," here's looking at you, Beyoncé.) We put together a list of our favorites, complete with links to each for your viewing pleasure. A few you may have already seen, but we're willing to bet that there were a few gems you missed along the way. Read on to see our picks.

Eight months later and we still can't quite express our feelings about Lemonade. The costumes, the music, the star-studded cameos, the catharic use of a baseball bat—we couldn't pick just one favorite part of the visual album. And we're certainly not alone: The album earned a whopping total of nine Grammy nominations. Beyoncé brought us with her through her raw, poignant, and aesthetically beautiful journey, which just adds to the endless list of reasons why we love and admire her.

If you didn't know who Teyana Taylor was before Kanye West's "Fade" music video premiere at this year's MTV Video Music Awards, you do now. One thing is for sure: This video gives us major #bodygoals. Cut to us signing up for dance classes yesterday. Watch the video here.

While Teyana Taylor may have been #bodygoals, Zayn and Gigi are for sure #relationshipgoals. We were pretty devastated when the former One Direction member left his boy band roots, but our love for him was redeemed in this song, which was the lead single from his debut album, Mind of Mine. Things got even better with the release of the music video, which gifted us with three minutes and 26 seconds of two beautiful people being, well, beautiful.

Solange: "Cranes in the Sky"

It's been a good year for both Knowles sisters. Following Bey's Lemonade back in April, Solange released A Seat at the Table in September to critical acclaim. "Cranes in the Sky," which was the lead single of the album, has been on heavy rotation for InStyle staff (check out our Spotify playlist for our other favorites). We love the stunning scenery, from unique architecture to desert sands to some really cool rock formations. Fun fact: the video was directed by the singer and her husband, Alan Ferguson. Watch it here.

It's all about the eyes in this video. The first scene features BANKS decked out in what we can only describe as embellished eye accessories (check it out for yourself here). Throughout the vid, her eyes are always the focal point, and we are digging each makeup look. The video gives off all the girl power vibes the singer is known for, and we can't get enough.

This isn't the first time RiRi and Drake have done a music video together, and we're so glad they finally gave us a new one. The "are they or aren't they?" couple took it up a notch with this video, which is a little more racy than their previous collaborations. But who's complaining?

Ever since Maddie Ziegler became a mainstay in Sia's music videos, we've been obsessed. "Chandelier" was only the beginning for this uncanny duo, and the teen dancer has a role in Sia's live performances now, too. What many people don't know, though, is just how close they really are— they even have monogrammed best friend necklaces. "Cheap Thrills" is the latest video collaboration between the two, and we are so happy that this friendship exists.

We don't know about you, but we've never been to a slumber party like this. Britney Spears is back and better than ever in this video, and we're getting major flashbacks to "Toxic" and "I'm A Slave 4 U." Anyone else a sucker for a good Britney dance number?

Chris Martin and Beyoncé take us to India in this visually striking and colorful music video. Featuring children dancing and playing in the streets, stunning views of the cityscape, and a fireworks display over the ocean, this feel-good video is particularly beautiful. Check it out here.

We're pretty sure that construction work has never looked so good until this music video. The girl group—clad in short-shorts, hard hats, and tool belts—dance and romp around a construction site, flirting with the workers and definitely causing some safety hazards. Watch the full video here. 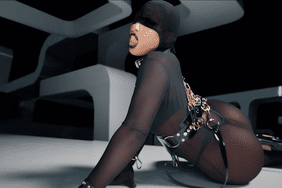 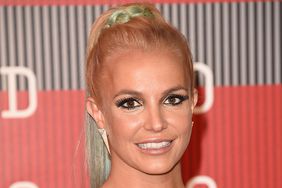 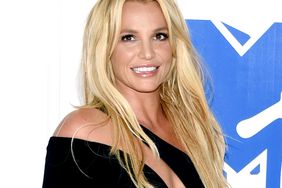 Britney Spears Twirls with Her Boyfriend in an Adorable Instagram Video 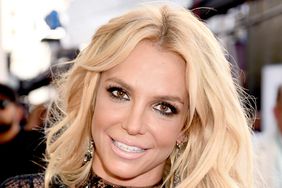 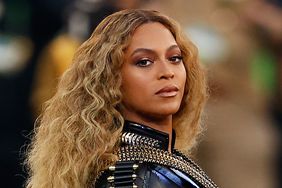