I've got one word for you: "titillating."

There are so many reasons to watch Amazon Prime Video’s newest reality TV show, Making the Cut, but perhaps none more so than to simply watch Heidi Klum discover the word “titillating.”

That is “my word for the day,” said Klum while strolling around Paris with Tim Gunn, her iconic co-host. Yes, Klum and Gunn are back in the first two episodes of Amazon’s Making the Cut. The duo, who left their long-running series Project Runway in 2017, are on the hunt for the next big global fashion brand.

Making the Cut, which just dropped its first two episodes on Amazon Prime today, is free to stream for Prime members, and non-Prime members can sign up for a 30-day free trial to catch the show. This time, 12 designers are competing for a million-dollar investment prize for their brand and the chance to launch a line on Amazon Fashion. Alongside all the fabric and designs come the drama and emotional journeys too.

This week’s consecutive episodes began with the 12 designers being flown from New York to Paris for their first show in front of the Eiffel Tower. They’re tasked with making two looks each episode: one accessible look, “innovative yet wearable,” as Gunn put it, that would be sold on Amazon, and another runway look that “pushes the boundaries.” Their designs will be judged by big names in fashion, including Nicole Richie, Carine Roitfeld, Joseph Altuzarra, and the queen of shade herself, Naomi Campbell.

Of course, the looks that the designers create are (mostly) spectacular, but it’s reality TV competition basics that make the show a worthy watch. We follow Martha Gottwald from Virginia, a self-described “kooky” designer with a penchant for sparkles and color who struggles from the get-go; Ji Won Choi, a Korean-American who instills her bi-cultural background into her designs and aims to make her parents proud (and ultimately succeeds by wowing the judges); and Jasmine Chong, a size-inclusive designer who wants to make dresses that fit women of all shapes.

Among all of them, it’s Esther Perbandt, a seasoned designer from Berlin, who stands out. While she struggles with getting her designs correctly sewn by her seamstress, she ultimately stunned the judges in episode one with a winning black dress, so much so that Richie said, “If you have an extra one, send it my way.” On the other hand, the judges ultimately sent home Jasmine, whose sheer designs showed off way more skin than needed.

While the first episode was more on the lighthearted side, the show certainly dialed up the drama and pressure in the second. The episode begins with Tim looking for Martha. “Does anyone know what’s going on?” asked Gunn in a sepia-tinted flash-forward scene. Not being a sewer and struggling with finishing her designs, Martha ultimately simply pinned her dresses on her models without sewing, resulting in Campbell saying she’s not giving respect to haute couture.

Martha is ultimately eliminated, and Jonny Cota, from Los Angeles, gets through by the skin of his teeth. “It’s not couture,” said Roitfeld of his designs. “You have to understand couture.” But Esther once again shines, with Campbell calling her design a “perfect example of a new way of couture.” She wins episode two as well, and Ji, who also garnered praises with a structured white dress, was chosen alongside her as another designer to be featured on Amazon Fashion's page.

While not everything works on Making the Cut, we’re here for all the cute Heidi and Tim vignettes that dot the show (Heidi and Tim get caricatures, go for a stroll, and even join the Cabaret at Moulin Rouge). Gunn, in particular, acts as a comforting presence on the show, encouraging and giving constructive advice to the many designers who need it. With everything going on, we all could use a bit more comfort, and there’s no TV more comforting than Making the Cut. Watch episode one and episode two on Amazon Prime now, and check back again next Friday for new episodes. 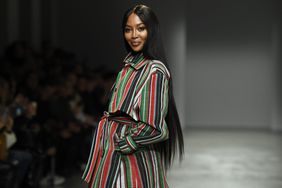 Naomi Campbell Has Been Self-Quarantining in Elizabeth Taylor's Clothes 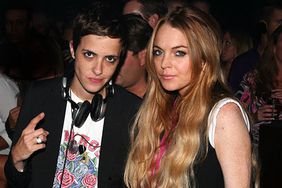 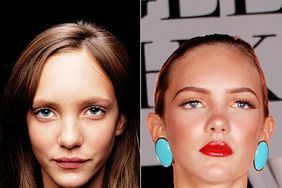 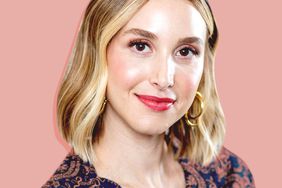 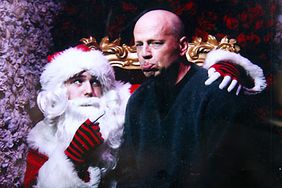 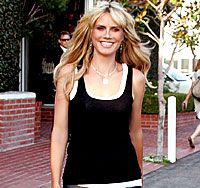 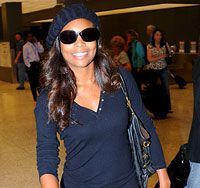