If You Read One Book This Month, Make It 'Luster'

Luster is the kind of novel that makes a writer jealous.

Raven Leilani’s debut, written during her time in NYU’s MFA program, brims with the kinds of masterful sentences one can imagine mentors like Zadie Smith and Jonathan Safran Foer underlining with linguistic glee. It gleams, as the title suggests, with words and ideas both profound and deeply honest. It’s the kind of book that forces even the most casual reader to sit with its essence, sit with its protagonist, Edie, a young Black woman and aspiring artist whose involvement with a married man thrusts her into a strange suburban lifestyle with his wife and newly-adopted daughter — sit with her anger, sit with her discomfort (and maybe even yours).

“I wrote what I knew, like they say you're supposed to do,” Leilani tells me over the phone. “I ended up reporting on what it was to balance work and art. I ended up writing about what it is to live in a body that is imperiled. What it's like to have to be hypervigilant. What it's like to be 23 and then to be looking, kind of groping through this art for human connection and for affirmation of your skill and personhood.”

Edie came to Leilani through their shared medium, painting, which the author describes as “my first love and then my first disappointment.”

“I started with art,” she explains, “with a young Black woman who is in the middle of that journey toward realizing her own artistry. I wanted to write about the messiness of that trajectory — the socioeconomic factors that can [affect] the shape of that trajectory. What came right on the heels of that was I wanted to write a young Black woman who is human. It was important to me that in the writing of this Black woman, that I should not be pristine or that I don't try to guide the reader to a specific moral conclusion, that I present the facts of humanity upfront and then just try and tell it honestly.”

Her drive to write what she knew also revealed itself in the character of Edie’s boyfriend’s wife, Rebecca, who holds the same job as Leilani’s mother: medical examiner. “I saw her work about a month before I went off to college and that really, really had an impression on me. I feel like I was writing through my awe of her and the body,” she says, describing the novel itself as “very bodily.”

Though Luster is not meant to be prescriptive, it’s not without intent. “I think rage is instructive,” Leilani tells me, speaking to the duality of Edie’s interior musings and “performance of OK-ness.”

If You Read One Book This Month, Make It A Star Is Bored

“This book talks to the deferral of dreams that I think is something that a lot of people who live at the intersection of these identities are familiar with,” Leilani continued. “That too is where her rage is coming from. I think that there is a great value in harnessing that and expressing that. There's a great freedom to that.”

While Luster is so grounded in emotion and experience it could be mistaken for a memoir, there’s also a surrealist quality to the novel — the ambiguity of character motivations lending a dreamlike sheen to the story, not viscerally unlike the vibrant collage of warm and cool colors on the book’s front cover.

Luster is a new narrative from a unique voice, but Leilani’s message regarding art and creation is evergreen: “It's OK if you've taken three steps forward and sort of stopped. Because that's most of us.”

Luster is available at booksellers nationwide. 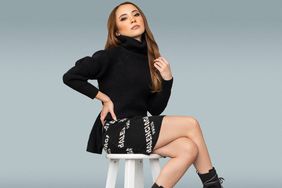 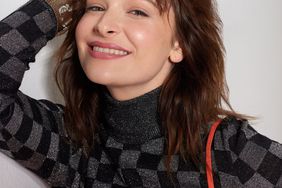