All the Times Jennifer Lopez Had a Regular Job on-Screen

It's hard for us to see Jennifer Lopez as anything but a megastar performer and red carpet queen, but did you notice that her on-screen careers are very relatable? On her newest TV series, Shades of Blue, she plays a New York City police officer. Sure, she's on a FBI task force in the series, but for the most part, her job seems like a regular 9 to 5. But she's J. Lo!

Her current TV series, which airs Sundays at 10 p.m. ET on NBC, isn't the only time she's had a regular job in a role. In fact, she's literally one of us in most of her big screen gigs. Check out our favorite J. Lo jobs below.

In one of her first film roles, Lopez plays a teacher in the 1996 film that starred Robin Williams as a child with an unusual aging disorder.

The Boy Next Door

In this 2015 film, she's a high school teacher who has a one-night stand with her younger neighbor (Ryan Guzman), who develops a dangerous obsession with her.

What to Expect When You're Expecting

In this 2012 ensemble dramedy, Lopez plays a photographer who's unable to conceive children and decides to adopt a baby from Ethiopia with her husband (Rodrigo Santoro).

In 2006, Lopez took on the role of a "Chicago Sentinel" news reporter assigned to investigate and cover a series of slayings in a Mexican border town.

The 2005 romantic comedy saw Lopez in a variety of jobs as she dealt with her soon-to-be mother-in-law: a dog walker, a yoga instructor, a temp worker, and an aspiring fashion designer.

The 2004 romantic comedy starred Richard Gere as an overworked lawyer who signs up for dance lessons after spotting a beautiful dance instructor in the window of a studio. Lopez plays that beautiful dancer, of course!

In this 2002 romantic comedy, Lopez plays a maid in a New York City hotel who catches the eye of a senatorial candidate.

In this dark 2002 drama, Lopez plays a waitress who runs away from her abusive husband.

In this 2001 romantic comedy, she's a successful San Francisco wedding planner, who breaks one major rule: falling in love with a groom (Matthew McConaughey).

A bank robber (George Clooney) breaks out of jail and kidnaps a U.S. Marshal (Lopez) in this 1998 thriller.

The classic 1998 film followed documentary director (Lopez) and her crew who were taken hostage by a snake hunter on a quest to find a legendary giant anaconda found only in the Amazon rainforest.

She's a fiesty Chicago police officer in this 2001 drama. 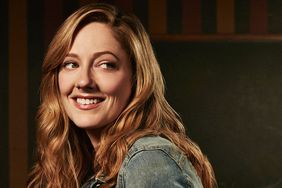 Why Judy Greer Is the MVP of Summer Movies