The stories behind some of her song selections make them even darker than they seemed on the show.

Fans of The Handmaid's Tale have waited patiently to see what has become of June (Elisabeth Moss) after she made the ultimate sacrifice at the end of season 2, pushing her newborn daughter, Nichole, into the arms of Ofglen/Emily (Alexis Bledel), and giving them both the gift of freedom.

As this TV adaptation of Margaret Atwood's dystopian classic reaches into the third season, and therefore far beyond the confines of the original book, its central themes of human bondage, hierarchy, and religious fanaticism continue to terrorize the viewer — supported by its thrilling soundtrack.

Music (along with reading and writing) are banned in Gilead, at least for the women, which makes each musical choice all the more poignant, from pop anthems illustrating the carefree past, to angry rebellion tunes, to sultry songs for illicit romance, the music propels the story forward.

Consider Jay Reatard's 2006 single "Waiting for Something" which is especially powerful, stirring a punk-driven fury after Ofglens brutal "procedure" in which she was subjected to genital mutilation.

Or when Serena Joy (Yvonne Strahovski) seeks out June’s help in episode 7 of season 2, secretly editing her husband's orders, the opening guitar riff of "Venus" by Shocking Blue (from 1969) plays signaling the moment she began to take charge of her life, in a poetic enactment of the classic "pen is mightier than the sword" refrain.

And when June joins Commander Waterford (Joseph Fiennes) for an illicit field trip to Jezebels, a brothel where failed Handmaids are used as sex slaves, Jefferson Airplanes’ “White Rabbit” plays, after all, this place must really feel like a bad trip.

Every episode ends with a musical choice that sums up the show’s central themes of despair and hope in equal measure. So, what has the third season already offered in terms of musical accompaniment, and what songs are left to hammer home the narrative as the season unfolds?

Instyle spoke to Maggie Phillips, the show’s music supervisor about the power of a soundtrack to illustrate a world where women can no longer listen to music. Phillips told us that viewers might notice some changes this season as the process for selecting tracks has changed. “This season, Bruce Miller, our creator really knew what he wanted, and he ran with his vision.”

Two early selections were part of Miller’s overall plan to show June continuing her fight, including the very literal use of “Burning Down the House” as the Waterfords’ home burns to ashes, the result of Serena’s apparently short-lived rebellion. Boomtown Rats' “I Don’t Like Mondays” also plays in the first episode of season 3, which Phillips explains. “Bruce loves juxtaposing an unexpected track with the show’s imagery. He is a fan of provoking the audience, giving them something that they might not have ever thought could work,” she says.

The Boomtown Rats anthem might seem like a harmless yet punky track, but it was actually written in response to a mass shooting in 1979. It was the first modern high-profile school shooting, in which Brenda Ann Spencer opened fire killing two people and injuring eight more at a Cleveland elementary school. When she was asked why she did it, she answered, “I don’t like Mondays,” inspiring the Irish band to write the anthem to disaffected youth everywhere.

Due to the pop-culture ban, we don’t often get to see Gilead's women enjoying music unless it’s in a flashback scene. But that hasn’t stopped many fans from wondering what June would be streaming if she was given half a chance. That question also occupied the imaginations of Phillips and Moss in real life. “Elisabeth Moss and I spoke about what music June would listen to a lot in Season 2. We think she’d be a little mainstream with some edge; like M.I.A., Santigold, Grimes, and St. Vincent. Also, like everyone, she would be partial to songs that have strong memories attached to them and that are nostalgic to her, like Gwen Stefani’s ‘Hollaback Girl,’ which we used in Season 2,” Phillips says.

Everything You Need to Remember from Handmaid's Tale Season 2

The music choices often walk the tightrope between the horrifying present and the whimsical past, no more so than in episode 5 of season 3. The audience is offered a moment of levity when we learn a very surprising tidbit about Commander Lawrence; it seems he made mixtapes for his wife before Gilead, and one of his song choices was the decidedly upbeat 1976 hit "You Make Me Feel Like Dancing," by Leo Sayer. Groovy! The smile that spreads across June’s face as she listens to the contraband tapes in a dank basement really shows the mood-boosting, transportive power of a good tune.

Just as quickly, June experiences more heartache, when she is forced to record a video appeal for the return of Nichole in a grotesque facade of a plea to kidnappers. U2’s rock anthem “Sunday, Bloody Sunday” rolls with the credits as she clenches her fists.

A Costume Designer Breaks Down Those Horrifying D.C. Handmaid's Uniforms

Just like the women of Gilead, Maggie Phillips is good at keeping secrets, and she wouldn’t reveal any music choices for upcoming episodes, however she did leave us with this small tease.

“The end of the seventh episode has a song I’ve been trying to get in since I was hired, so I can’t wait to hear what people think of it. If you’ve enjoyed the music so far, this season, you will not be disappointed.” 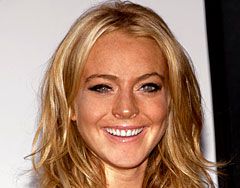 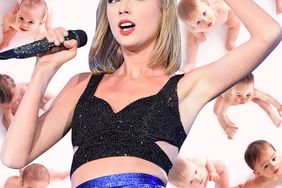 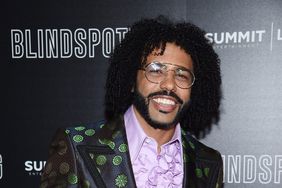 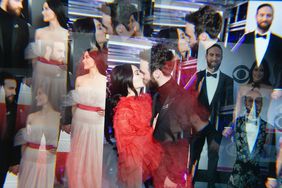