Grey's Anatomy Took on Rape — and Got it Really Right

The empathetic care, led by female doctors, shows exactly how survivors should be treated.

Safer words have never been more thoughtfully or purposefully repeated throughout a TV episode to a survivor of rape.

On Thursday’s Grey’s Anatomy, an episode titled “Silent All These Years,” we learn the story of Jo’s biological mother and why she abandoned her. While it is slowly divulged that she had been raped by her TA in college and became pregnant, we see parallel story arcs about violence against women. We revisit Jo’s ex-husband’s abuse of her; Teddy discusses her experience seeing male and female survivors of sexual assault in the military; and, in the foreground, the experience of Abby, the episode’s featured patient.

Abby comes into the hospital for a cut on her cheek, and we quickly know something has happened to her. She appears lost, scared, and helpless. As soon as she clutches Jo’s hand when a man enters the room, we know what it was. Like the hospital staff by her side, we can feel it.

It’s clear the writers of Grey’s Anatomy also knew Abby; maybe some of them were her.

In one scene, Abby expresses her fears of going through the process of evidence collecting and formally reporting a rape. She worries that her kit will sit in a police station ignored for years — which has happened, in real life, in cities across the country — as she wonders when the “bomb will go off.” She fears she will be judged for what she wore and how much she drank. “The tequila will make it my fault,” she says, “whatever he drank will be his excuse.”

She also worries that she could never prove she was not flirting with the assailant at the bar, or that she didn’t go out after a fight with her husband, in spite, planning to cheat on him. Then, “make up some story to save my own ass.” The sad truth of Abby’s fears is many of them are grounded in the lived experience of many survivors who report.

Time’s Up Takes on Sexual Abuse and Discrimination in Healthcare

Perhaps that is why Abby bonded so quickly to Jo. Abby was Jo and Jo was Abby and because of that they understood each other. Abby holding Jo’s hand throughout, and trusting her — Jo disclosing her own physical abuse — symbolized that bond of sisterhood. A way to verbally and physically acknowledge #metoo.

But this wasn’t just prime-time TV drama, and everyday ocurrances keyed up to an unrealistically emotional level. Jo, as a female physician, was still offering needed medical care to Abby, but doing so with the empathy of experience. This showcased how a safe environment can be created in medical settings, even (or especially) in the most potentially re-traumatizing one: a rape kit and exam.

While it is true that most physicians won’t share their personal traumatic experiences with a patient, this episode showed that doctors and nurses care about what their patients are going through. Instead of showing providers as callous, and the exam as scary and coldly clinical (which can further scare survivors away from reporting), this episode focused on just how empathetic, supportive, and trauma-informed medical providers can be. Knowing many physicians who are trained in offering sensitive care to survivors of sexual assault and performing rape exams, I know this to be true.

They, like Jo and Teddy, will try to create a private environment for the patient by limiting distracting noises, traffic in and out, and trying as much as they can to close out the chaos of an emergency room — both physically with curtains and mentally, by keeping the staff consistent and present. They will sit next to the bedside and listen to the patient share to their level of comfort. They will use patient-centric language, that can be seen as validating by the patient, while also reinforcing that “this is not your fault. You didn’t ask for this. There is nothing you did to deserve this.”

A provider should never force a patient to report or even to have a rape kit collected, but they will inform them of the limitations of not doing so, like the optimal timeframe for evidence collecting or, in Abby’s case, the risk of destroying evidence by being sterilized for surgery. They will repeatedly ask the patient “are you ready” during the rape exam, while waiting patiently each time to hear a verbalized “yes.” The patient can say “no” and the provider will stop at any time. Simply asking for consent of a survivor who had it brutally stripped away, begins to give them back a sense of safety and bodily autonomy. It is their choice to get the exam and continue with it, no one else’s. Giving a survivor the beginnings of a sense of control is a crucial step in their healing process. For the medical personnel who treat survivors, it is a necessary step.

This question is last asked of Abby in one of the most powerful scenes in Grey’s Anatomy history — up there with when Izzy cut Denny’s L-vad wire, and when Lexie Grey died. Abby is scared to be put under and “see his face,” and tells Jo that she sees her attacker in all of the male physicians. As she is being wheeled into surgery by the team, Jo asks, “are you ready?”and Abby looks toward the operating room entry doors.

All she, and the viewer, sees are rows and rows of female healthcare workers standing there in support of her and providing a safety net for her. The women are diverse, representing various intersectional identities and health professions in the hospital.

The fact that 50% of female medical students and over a quarter of female nurses have experienced sexual harassment in their schools and workplaces only further amplifies the importance of this scene and the power of an image of women across all lived experiences joining together in solidarity, surviving because of each other. Abby feels seen. She feels cared for and safe. And she says yes. She consents.

Though the pace at which Abby goes from fear to deciding to report is much faster than many women, the episode emphasizes through the other women’s traumatic experiences that no one survivor has the same path to healing. Sometimes you are not ready yet.

Just as Meredith says in her voice-over at the end of the episode: “There is no magic fix. No pill to make it disappear. We can ask for help. We can tell our truth … whenever we are ready.”

Jessi Gold, M.D., M.S., is a psychiatrist specializing in college mental health, and a founding member of Time's Up Healthcare.

I'm an Ob-Gyn, And We Won't Go Back to the "Back Alley" Days Before Roe
I'm a Psychiatrist, and Women Aren't Being Honest About Their Sex Lives 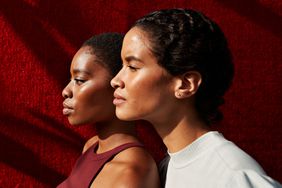