The '90s were a great time to be in advertising. If today we’re living through a Golden Age of television, then back then was a Golden Age of branding: Those iconic United Colors of Benetton print ads; The ubiquitous Got Milk? and Absolut vodka campaigns; The GAP commercial that launched a thousand swing-dance parties. But perhaps most successful of all was Diet Coke, which teamed up with the cast and producers of Friends to launch one of the biggest — and most infamous — brand partnerships in the history of television advertising.

In 1995, Diet Coke was doing fine. It was the most popular diet cola — but soda in general just wasn’t as popular with the younger crowd (which seemed to prefer other bottled beverages, like flavored teas or juices). Friends, on the other hand, was doing great with young folks. In its second season, the show was rocketing up the ratings and its cast members had evolved from newbie NBC stars to full-blown celebrities. Their faces, their theme song, and their haircuts were everywhere, and — as if their star-power weren’t enough — the show was suddenly jam-packed with guest stars. The show was having a moment, and Diet Coke knew it. So, in January 1996, the company dropped $30 million to rebrand itself as the beverage of choice for the Friends generation.

This deal was unusual in many ways: In addition to old-school product placement on the show, they also produced calling cards, sponsored viewing parties on college campuses, and one of the earliest internet campaigns on Diet Coke’s website. And then, of course, there was the contest. If you were conscious in 1996, you almost certainly remember this phrase: Who’s gonna drink the Diet Coke? Looking back, the concept somehow seems both simplistic and way too complicated: Someone “stole” a Diet Coke from Monica and Rachel’s apartment, the ads explained.

Each week, viewers were instructed to grab a soda and tune in to watch Friends, during which a Diet Coke ad would air, with one of the characters drinking a bottle. If the name under your cap matched the character in the ad, then you won a prize. (Everyone still with me? Cool.) The final ad would air during the Friends episode right after the 1996 Super Bowl (titled, simply, “The One After the Superbowl” [sic]), revealing which dastardly villain stole the Diet Coke from the apartment. (It was Rachel — gasp!)

In another innovative move, Coca-Cola had the Friends team handle creative direction, rather than its own longtime advertising agency. The campaign took off like a rocket. As if overnight, the show and its cast went from popular to absolutely inescapable. You couldn’t pass a newsstand or turn on the TV without seeing the friends. Turn on the radio, and there was that song (and you’d only just gotten it out of your head). Even if you went on a total media blackout, you couldn’t escape the Friends phenomenon: It was there on the heads of every woman you knew — 1996 was Peak Rachel.

The contest lasted only five weeks, but to viewers, it felt like for-ev-er. “The One After the Superbowl” was met with huge ratings — thanks, in part, to its bloated roster of Titanic guest stars: Brooke Shields, Chris Isaak, Julia Roberts, Jean-Claude Van Damme, and more. But the critical reception was one big eye-roll. To fans and critics alike, the episode and the contest just seemed like way too much. The stunt casting, the contest — it all seemed like a desperate attempt to cash in on the show's (still growing) popularity. The cast members themselves had become aware that they were officially overexposed. The Chicago Tribune dubbed the episode, "The One Where the Show Crosses the Line from Promiscuity into Prostitution." The first Friends backlash had begun.

Ratings slipped downward. Though Friends was still a top-ten show, viewership dropped by millions (the Season 2 finale had a little more than half the audience of "The One After the Superbowl"). The lukewarm finale was followed by a summer of movie flops for three of the cast members: Matt LeBlanc (Ed), Jennifer Aniston (Dream for an Insomniac), and David Schwimmer (The Pallbearer). The message from fans was clear: We need a break. And for a moment that summer, it seemed like it may be a permanent breakup.

For Diet Coke, the campaign was a great success: Sales were up already and would continue to rise. The soda brand had reasserted its claim on the youth market — but as for Friends, the show would have to work hard to win back its cool factor and earn its audience’s trust all over again.

Thankfully, it did. Creators Marta Kauffman and David Crane, and their producing partner Kevin Bright, decided to pull back on the casting stunts and bring the focus back to what their show was really about: the six friends. The cast regrouped as well, agreeing that from then on they would make every decision as a group. Whether it was a matter of publicity, salary — or even the question of renewing their contracts for another season — they would come to an agreement together, and only negotiate as a team.

The rest, of course, is television history: The show came back stronger than ever, endured for another eight years, and the cast’s collective bargaining served them very well. There would be many more backlashes, renaissances, and endorsement deals in the years to come — though nothing like the Diet Coke debacle. But it’s funny how things come full circle. Ten years after starring as the one who stole the soda, Jennifer Aniston signed another deal, becoming the brand ambassador for Smartwater — which is owned by none other than The Coca-Cola Company.

Kelsey Miller is a journalist and author of I’ll Be There For You: The One About Friends, coming October 23, 2018. Her first book, Big Girl: How I Gave Up Dieting & Got A Life, was published in 2016. 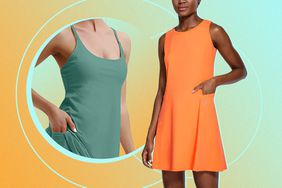 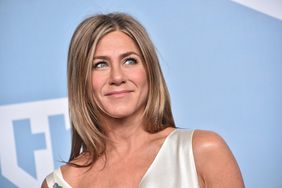