My Body forced me to confront my own jealousy.

In 2013, the fall of my sophomore year of college, I convinced my two roommates to dress up as the women in Robin Thicke's "Blurred Lines" music video for Halloween, complete with our own aviator-clad friend to portray the singer himself. I took on the role of the brunette whose name I'd later come to learn: Emily Ratajkowski.

I remember rolling up to American Apparel, armed with the (very little) money I'd earned from my work study job, and feeling that familiar pang of financial panic as I picked out a wildly overpriced white bustier crop top and tiny spandex shorts for my costume. I could sustain myself for the next week on dollar pizza, I reasoned. And hey, what's wrong with losing a couple more pounds?

I was 19. I was broke. I was deeply insecure. At a school where everyone seemed to be naturally smarter and generationally wealthier than I was, I came to the conclusion that my currency would be my looks — specifically, my body. I didn't know how to speak up in class or which fork to use at dinner, but I did know how to be thin.

Seeing Ratajkowski and her fellow dancers (Elle Evans and Jessi M'Bengue) shimmy in little more than underwear as Thicke, Pharrell, and T.I. sang predatorily of the "blurred lines" of sexual consent should have turned me off. Instead, I found it aspirational. I wanted to be one of these confident, beautiful women who managed to become the focal point of a video they'd been hired to dance in the background of. Ratajkowski looked perfectly bored dancing around the men, telling a figurative inside joke that only she was in on. How flattering it must be to get paid for being hot, I thought. A woman who looks like that is set up to succeed.

Though I'd decided my body would be my "thing," I still found myself mentally asserting my superiority when I felt jealous of a more attractive woman (which was often). She's probably really dumb, I'd tell myself when someone gushed over how "beautiful" a model or up-and-coming actress was. It was too much to face the idea that someone could be both attractive and intelligent — perhaps because I'd never let myself occupy both spheres at once. If I thought I looked good, I would dumb myself down to match; if I was playing the role of intellectual, I'd gravitate toward heavy body-obscuring layers.

After college, my fixation on my appearance shifted. My intellect became my priority. I was a professional writer now, so it made sense — plus, how could I compete with the scores of designer-wearing colleagues on my entry-level salary? I could spend all my waking energy on my wardrobe and still get a cold once-over in the hallway, so I stopped trying completely.

Years post-"Blurred Lines," when Ratajkowski's star rose high above the 21-year-old girl who'd inspired millions to invest in white crop tops, it came to my attention that the model and actress was very smart. "I guess God does give with both hands," I'd joked to friends (while quietly seething). The word perfect circled threateningly through my mind.

When Ratajkowski's New York Magazine essay "Buying Myself Back" essentially broke the internet in fall 2020, I overlooked the content completely and allowed myself to stew in unspeakable envy. A recurring member of the Maxim Hot 100 cannot also be a skilled and thoughtful essayist, I thought. It's not fair.

So when I secured my copy of Ratajkowski's book of essays, My Body, I was prepared to let it drain any ounce of self-confidence I had to my name.

But that's not what happened.

I always imagined that someone like Ratajkowski would go through life without paying mind to her appearance or others' perception of it — #IWokeUpLikeThis personified. Within just a few pages I was forced to reassess that assumption.

Ratajkowski begins her collection with "Beauty Lessons," a series of vignettes interspersing memories from childhood with her early experiences in the modeling industry.

Many of these memories involve Ratajkowski's mother, who occupies a complicated role throughout the work — she's at once an origin story villain teaching her young daughter to assign a high value to physical beauty, and an affirming figure who encourages her only child to express herself and her sexuality without feeling societal shame.

"My mother seems to hold the way my beauty is affirmed by the world like a mirror," she writes, "reflecting back to her a measure of her own worth."

In another vignette, Ratajkowski recalls falling into emotional tailspin after her husband offhandedly comments that "there are so many beautiful women in the world."

"Why do I suddenly feel as if he doesn't love me enough?" she asks in the aftermath, recounting a "familiar twist in my gut."

Ratajkowski describes her relationship with Instagram not unlike how I'd describe my own. "I post Instagram photos that I think of as testaments to my beauty and then obsessively check the likes to see if the internet agrees," she writes. "I want to calculate my beauty to protect myself, to understand exactly how much power and lovability I have."

This is only the surface of the deeply honest and upsettingly familiar reflections Ratajkowski supplies throughout My Body.

I post Instagram photos that I think of as testaments to my beauty and then obsessively check the likes to see if the internet agrees."

In one of the book's later essays, Ratajkowski remarks on being cast in Gone Girl. David Fincher pitched the character as someone whom "men were obsessed with and women hated," and Ben Affleck thought of Ratajkowski. This anecdote cuts into me with the guilt of an unintentional playground bully. I am one of those women. Over 200 pages into Ratajkowski's intimate writings and I have only just now accepted that I am part of the problem — with society, with the industry, with every person who thought they could write someone like Ratajkowski off as one-dimensional.

My Body is particularly skilled at just this: implicating everyone without implicating anyone. The collection isn't explicitly a "fuck you" to those who've underestimated or mistreated her, but it isn't not that. She calls out several icky, if not downright abusive, men by name. There's a damning letter to her former manager, Steve [of easily Google-able last name], who publicly claims his stake in Ratajkowski's success while also disparaging her in interviews. There's the incident with her husband's insulting agent who tells Ratajkowski she's like "Pamela Anderson before the hep C." And, of course, there's the essay in which Ratajkowski mentions that Thicke himself groped her bare breast on the "Blurred Lines" set. Still, contrary to many a New York Post article, My Body is no "gotcha" of a memoir — it's a measured, introspective study of a woman who, like many, has been perceived as an object for as long as she can remember and, at times, isn't sure how to feel about that.

The same year that I swathed my hips in saran wrap and rolled a red toy car down my back in tribute to the "Blurred Lines" video, I had a professor who told her students that she'd sometimes go out of her way to walk past construction sites so she could be "admired for more than just my intellect." It was an aside that must've somehow related to the text we were studying at the time, but her words left a much deeper groove in my mind than Lolita or Pride and Prejudice did. I found it funny, an amusing anecdote for dorm parties, but when I really stopped to think about it I realized that it was true — not her story, per se, but the implication behind it. A woman's societal value and her sex appeal are intrinsically tied, and that's difficult to mentally shrug off — no matter the number of degrees decorating your office walls.

It was easy for me to feel jealous of Ratajkowski's beauty, her success, her seemingly instantaneous book deal. But never once did I take into account her own complicated and nuanced relationship with, well, everything: the followers who comment on her body as if it's public domain, the men who diminish the influence she bears on her own career, the people like me who, whether they admit it or not, felt more comfortable when she claimed a single lane.

My Body is so clearly Ratajkowski's gift to herself, but it's also a gift to anyone who's spent hours analyzing their reflection in the mirror or allowed their preconceived notions of someone else affect their own self-esteem. Jealous girls, this one's for you.

My Body is available where books are sold. 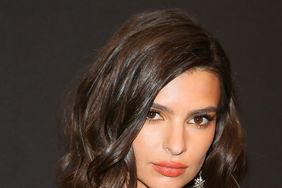 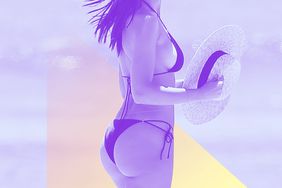