Emma Stone Has More than 45 Costumes in 'Cruella'

That's a lot more than the animated Cruella de Vil got.

Nobody knew what to expect from Disney's live-action Cruella, starring Emma Stone and Emma Thompson. Sure, an origin story for one of Disney's most recognizable villains, but few people could have guessed that the movie would be a fashion-focused extravaganza of over-the-top costumes. Brushing aside the idea of crafting a femme fatale-type character à la Angelina Jolie's slinky take on Maleficent, costume designer Jenny Beavan (who has 10 Oscar nominations and two wins for Mad Max: Fury Road and 1986's A Room with a View) set to craft a fashion fatale.

"This film is the biggest thing I've ever done," Beavan said in a featurette shared exclusively with InStyle. And she wasn't exaggerating. Although Cruella's animated counterpart has only a few costumes, like her signature scarlet-lined fur coat and plunging, screen-siren black gown, 2021's updated Cruella has more than 40 — and a few even call back to the 1961 Disney classic.

"Emma Stone had 47 looks," Beavan added. "It was very important to me to have Cruella be black, white, grey, and red."

"Fashion comes into it because the Baroness runs a fashion house and because [Estella] wants to be a fashion designer and fashion is obviously big, but actually it's all about storytelling and the fashion is totally story driven," Beavan said. "I think hopefully we're making it interesting cause we're still coming at it from a costume design storytelling point of view and not trying to just do things that look amazing."

Stone was impressed, too, something that will undoubtedly translate to viewers, who have already been taken aback by the movie's trailers, which include peeks at a hooded cape set aflame, a show-stopping feathered gown, and multiple architectural, sculptural pieces for Thompson's Baroness.

"I have to admit I took a lot of pictures," Stone said of seeing her costumes for the first time. "It was a very narcissistic day, which is perfect for Cruella."

Dressing Cruella was actually like dressing two characters, Beavan said, since Cruella is Estella's alter-ego, and she has to hide her Cruella persona when she's at work with the Baroness.

"She becomes Cruella before the pop-up show and she wants her revenge, but when she's obviously back at the baroness, she's in disguise as Estella," Beavan adds. "So, we've kept her — getting her slightly sharper, but not too obvious."

Beavan and her team shared a few details on the standout looks, like the 5,070 individual petals and 393 meters of organza on Cruella's car dress, the Baroness's 33 costumes, the bespoke dog collars sourced from a jeweler for the movie's canine cast members, and the 200 cans of white spray paint used on the wigs. In true Disney fashion, it's clear that no expense was spared — and with a fashion show and two formal balls in the film, there are plenty of opportunities to soak in every detail.

"You sort of channeled the old screen divas," Thompson said of her character's specific look. "Joan Crawford to Elizabeth Taylor. Every single costume, I go, 'This is my favorite. No, no, this is my favorite.'"

"She obviously was a terrifically good designer but she's coming to the end of her reign over the fashion world, and so we've definitely given her a slightly backdated homage," Beavan said of the Baroness's style. "She still thinks she's the bee's knees and she does wear it absolutely stunningly well. I mean, she does look very, very good but it is just marginally old-fashioned."

Cruella premieres on May 28 in theaters and on Disney+ with Premiere Access. 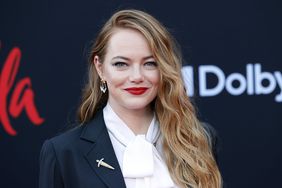 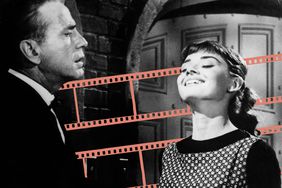