'CODA' Takes YA Clichés and Turns Them Into Art

The 2021 Sundance Film Festival hit made history in more ways than one.

This year, the Sundance Film Festival adapted to ~these times~ and delivered a fully virtual experience for all those involved.

There was skepticism. Is a film festival really a film festival if there are no after-parties with logo-bearing napkins stacked on every surface? Sundance issued an implicit response on opening night with the premiere of CODA (Children of Deaf Adults): Hell yes.

Writer-director Sian Heder's latest project follows teenage Ruby (Emilia Jones), the only hearing member of her Gloucester-based family. Her mother, father, and brother (all played by deaf actors: Marlee Matlin, Troy Kotsur, and Daniel Durant, respectively) rely on her to help run the family fishing business, serving as both translator and deckhand. She expects to continue working with her family after she graduates, but joining the school choir alters her perspective on the future.

On paper, this is a trope-fest of Freeform-meets-Kleenex-commercial proportions. We've got it all: coming-of-age angst, an unlikely mentor, first love (complete with the ubiquitous "let's jump off a cliff into the icy water below!" date every movie and TV show seems to think we've had).

But any clichés were outweighed by literally everything else about this movie.

Jones could have easily made her eye-rolling teen unsympathetic, playing Ruby's petulance louder than her humanity. Instead, she gives us a nuanced high schooler who cares deeply about her family (no matter how loudly they blast rap music when they pick her up from school) and wants them to succeed — she just wants something for herself, too.

Heder's script is infused with the humor that many coming-of-age films and TV shows often mistakenly swap for profuse earnestness. But, as Heder shows us, profundity isn't transactional. CODA manages to make us laugh, make us cry, and lend us an oft-overlooked perspective without forcing a 17-year-old to narrate her Sylvia Plath-tinged diary entries.

The film's deaf cast members are responsible for much of the on-screen levity. Kotsur and Matlin, in particular, bring a vibrance to their portrayal of passionately-in-love parents Frank and Jackie — the kind of parents who have unknowingly loud sex while their daughter's crush is in the house and, mortifying as it is, their apologies and subsequent sex talk is so charming you quietly hope Ruby forgives them quickly.

It's not difficult to see how CODA won Sundance's Special Jury Award for Ensemble Cast. Every actor, no matter how large the role, from Ruby's friend Gertie (Amy Forsyth) to her music teacher Mr. Villalobos (Eugenio Derbez), adds to the simultaneously quirky and acceptably saccharine landscape of the film.

ASL is as much a character as any other. The inclusion is so seamless and effervescent that it makes you (read: me) wonder why we haven't seen more mainstream films employ deaf actors and tell deaf stories.

Well, we may be at the precipice of a shift. CODA made Sundance history mere days after its premiere, inciting a bidding war that resulted in a $25 million sale to Apple — the biggest Sundance deal ever.

If this development indicates what it seems to, that these are the stories major studios want to share, I'll bring the popcorn. 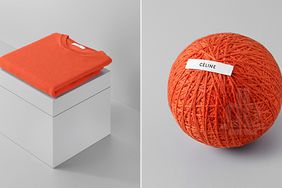 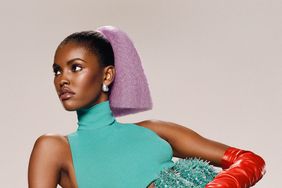 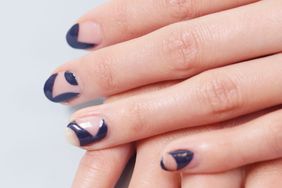