It's true that doing good makes you feel good, and these stars definitely live by that motto. The nominees for Celebrity Do-Gooder in this year's InStyle Social Media Awards have shown us their charitable spirits over and over again—and we're impressed by their major philanthropic efforts.

The five chosen nominees are supporters of a variety of causes, from organizations devoted to helping disadvantaged youth (like Allison Williams's work with Horizons National and Sophia Bush's fundraising efforts for Pencils of Promise) to Dwayne "The Rock" Johnson's fight against the neurodegenerative disorder Batten disease, Emma Watson's appointment as a Goodwill Ambassador for UN Women and an advocate for HeForShe, and Eva Longoria's namesake foundation that aims to assist Latinas through education and entrepreneurship.

Keep scrolling to see why we love each of the nominees for Celebrity Do-Gooder, then visit InStyle's SMAs hub and cast your vote for your favorite Celebrity Do-Gooder now! (And be sure to use #InStyleSMA when you share your pick.)

The Girls star takes to Instagram to push her support for Horizons National, which helps disadvantaged youth get ahead during the summer by giving them a fun and supportive place to stay up on their studies. As a bonus, her 523,000+ followers got to see her tiny rescue mutt quickly grow up into a smiling sidekick.

The Rock may seem like a superhero, but it wasn't always this way. On Instagram, the Ballers star regularly posts throwback pics to his 23.4 million followers, along with personal stories of his own struggles: with school, with the law, with his emotions. He also uses his massive social footprint (he's got another 9.11 million+ followers on Twitter) to raise awareness and funds for the fight against Batten disease, a rare and fatal neurodegenerative disorder. Oh, and in case you doubted, if his Insta feed is any indication: Yes, The Rock occasionally hits the gym. Occasionally.

The Harry Potter star's Twitter feed is proof she's working tirelessly for worldwide women's rights. As a Goodwill Ambassador for UN Women and an advocate for HeForShe (the group's movement to pull in males to help the fight for gender equality), Emma posts updates to 18.8 million+ followers as she trots the globe to fight the good fight.

The Hot and Bothered star (and InStyle.com guest editor! ) takes to Twitter and her 7.3 million+ followers to share her favorite causes, including the Eva Longoria Foundation, which aims to give Latinas a fair shake at things through education and entrepreneurship. Over on Instagram, her 1.5 million+ followers get backstage access to charity events and talk show drop-ins.

'Sup Sophia! The Chicago P.D. star's Twitter bio leads her 1.17 million+ followers straight to her Crowdrise page, where she raises cash for groups like Pencils of Promise (an org that builds schools in the developing world). Add in her Instagram and its 1.8+ million followers, and it's clear this actress cares about education, women's issues, and generally leaving the world a better place than we all found it. 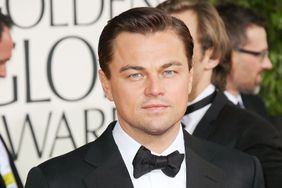 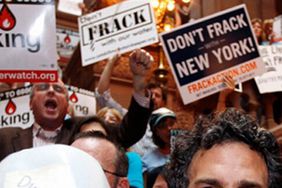