There Are New Faces Coming to 'Bridgerton' 's Third Season

And there was a huge announcement from the cast.

Dearest reader, since the record-breaking second installment of Netflix's Bridgerton saw the union of Anthony Bridgerton and Kate Sharma (well, kind of), the Ton's been abuzz with rumors of the Regency-era drama's next diamond of the (third) season. After much waiting, we finally have our answer. According to the latest edition of Lady Whistledown's society papers, Bridgerton's third season will center around the relationship between Penelope Featherington and Colin Bridgerton (played by Nicola Coughlan and Luke Newton).

The mega-hit Netflix series, executive produced by Shonda Rhimes and based on the best-selling books by Julia Quinn, first debuted on the streaming platform in December 2020 to rave reviews. Though the first season was filled with too many steamy scenes to count, the second installment sent the internet into a frenzy by focusing more on building sexual tension and less on the actual sex. While it's currently unknown whether the upcoming addition will follow the lead of the first or the second season, we can't wait to watch Penelope experience some long-awaited romance.

Read on for everything we know so far about Bridgerton season 3.

What Is Season 3 About?

After the first two seasons of Bridgerton aligned with the plots of the first two novels, many fans expected the new installment to continue the trend by shifting focus onto the family's second-oldest son, Benedict Bridgerton. Coughlan shocked everyone, however, when she revealed the new season would be based on the fourth book, Romancing Mister Bridgerton, during a panel discussion on May 15.

"Like Lady Whistledown, I have been keeping a secret for quite some time and I can confirm to you all that season 3 is Colin and Penelope's love story," she said. "I have kept that secret since two weeks into season 2. This is the first time I am saying it here."

Netflix also shared the news on Instagram through one of Lady Whistledown's society papers, which read, "Dearest Readers, it is only fair that in this author's third year chronicling the marriage mart, Mayfair's social season should find its focus on a third son … as well as a third daughter. This author can confirm that the upcoming season shall follow none other than the budding relationship between Mr. Colin Bridgerton and one Miss Penelope Featherington. With Penelope's days as a wallflower wearing thin, will she finally take bloom? Time will tell, and as always, so will this author."

While little has been revealed about the actual plot, Nicola told Netflix's Tudum that she believes fans will be satisfied. "Jess [Brownell] has talked to Luke and I through the season, and I think people are going to be really obsessed," she said. "I think book fans are going to be happy."

In an interview with People, last season's leading lady Simone Ashley also said she's very much looking forward to this next chapter unfolding. "I'm so excited for everyone to see Luke and Nicola's season," she told the outlet. They are carrying it so graciously, smashing it. I think the world's not ready. They're both stunning, both such talented actors."

What Characters Will Be in Bridgerton Season 3?

The viscount and viscountess may be taking a back seat this season, but Simone Ashley assured fans that she and Jonathon Bailey will return to detail their lives as newlyweds when talking to Deadline earlier this year.

"We're going to be back!" Ashley shared. "In Season 2, there was a lot of push and pull between Kate and Anthony, there were complications with the family, and then they find each other towards the end. I think everything is just starting. I'd like to see Kate just let go a bit more and play more in Season 3 and kind of swim in that circle of love together. I think they both deserve it."

Deadline reported that in addition to the return of many beloved characters, actress Hannah Dodd will join the show to replace Ruby Stokes's Francesca Bridgerton. "Francesca Bridgerton is a bit of a mystery within her chatty, extroverted family," Netflix shared in a statement. "Despite her reserved nature, she goes along to get along when it comes to society affairs, fortified with a dry wit and pragmatism that confound the fickle ton yet seem to draw attention when she least desires it."

On July 20, Netflix shared a cute video with the show's cast announcing that production had officially begun. Naturally, Coughlan and Newton were front and center. Entertainment Weekly also shared that three new faces would be headed to the 'Ton: Daniel Francis (from Stay Close), Sam Phillips (who fans may recognize from The Crown), and James Phoon (who starred in Wreck).

Another season, another round of teasing the return of the Duke of Hastings. According to an unnamed source that spoke The Sun, Regé-Jean Page — undeniably the breakout star of the show's first season — has been engaged in talks with the show's producers for a possible return. No confirmation has been put out by either party, but fans are understandably excited for the possibility of seeing Simon Basset again.

Even though he was not in the show's sophomore season, he has been supportive of the cast on social media.

How Many Episodes Will There Be?

The number of episodes is currently unknown, but the first two seasons both contained eight episodes.

When Will Bridgerton Season 3 Premiere?

There is no release date yet, but according to both Coughlan and Shonda Rhimes, filming is set to start during the summer of 2022. 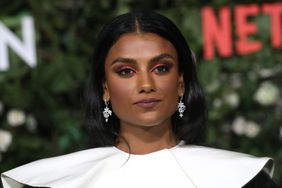 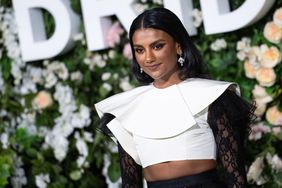 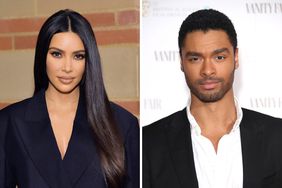 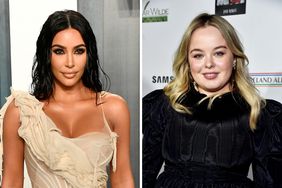