Can you name that tune?

Over the weekend, Netflix's new take on Jane Austen-era drama, Bridgerton, ruled social media, trending on Twitter, inspiring TikTok clips, and giving new life to a few not-so-classic tunes. Viewers noticed that the show's sumptuous balls featured tracks that don't exactly fit the period, but tossed historical accuracy aside when part of watching the series turned into a classical-tinged Name That Tune.

Netflix saw everyone's reactions on Twitter and called the songs, which included very recognizable releases from Ariana Grande, Taylor Swift, and Billie Eilish, "ye olde bops." It doesn't get any more accurate than that, dear reader. And for anyone who wants to hear the songs for themselves without watching (or re-watching), the show's official Twitter account linked to a playlist that cuts through the original score and just highlights the classical covers.

Twitter users loved the mix of high culture and pop, giving props to the show for mixing the two. The complete playlist, which spans the show's eight episodes, has "thank u, next," by Ariana Grande; "Girls Like You," by Maroon 5; "In My Blood," by Shawn Mendes; "Bad Guy," by Billie Eilish; "Strange," by Celeste; and "Wildest Dreams," by Taylor Swift.

According to Entertainment Weekly, fans can thank Emmy-award winning composer Kris Bowers for the songs, which in a very 2020 twist, were all recorded remotely.

"I'm so thankful to not only have been a part of this incredible show, but to also make music like this with all of our musicians recording remotely," Bowers said. "I couldn't have done this without my team and the amazing musicians who put a tremendous amount of heart and emotion into this score, all from their home studios."

Ben Barnes Is Getting In His Feelings
It's Been 10 Years Since Rebecca Black Released "Friday," and the Internet's No Kinder to Young Girls 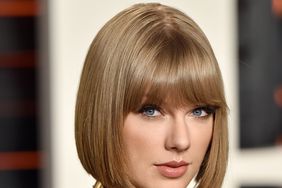