The Best Way to Get Over a Breakup? Try Broadcasting It on TikTok

This method may not be therapist approved, but more and more people are healing broken hearts online.

From her bedroom, a young woman with blonde hair blinks at her camera through tears. A graphic emblazoned across the screen informs viewers that it has been exactly "six days since the breakup." Over the course of the two minute-long clip she documents her day — eventually coaxing herself out of bed, washing her face, making a coffee, and taking down photographs that depict her and her ex in happier times.

In another video, a teenager counts down the hours as she gets ready for her boyfriend, who she believes is coming to her house to break up with her, to arrive. "Three hours until my boyfriend breaks up with me," she announces at the start of the footage. The final segment shows her teary, the eyeliner that we only just watched her apply smeared down her face. "He broke up with me," she says, and then the camera cuts out.

Videos like these have become a regular feature of the TikTok landscape, with millions of users flocking to watch the demise of relationships in real time. The "#breakup" hashtag has over 12 billion views on the platform, while "#breakupglowup" and "#breakupsong" have garnered hundreds of millions of views apiece.

But why share a moment that could be deeply private on such a public platform? Has the appeal of a three minute-long video overtaken picking over the details of our breakups with our best friends? And what happens if your ex tunes in?

One TikTokker who knows only too well how sharing a breakup online can change your life is Carolina Sousa. The 27-year-old shared a clip of herself listening to a voicemail from her ex-boyfriend in late 2020, collapsing into tears as she reached the end of the message.

Before then, Carolina had only used TikTok casually, posting occasional videos of dance routines and shopping hauls. She didn't know any of her TikTok followers, a fact that prompted her to share on the platform rather than on a site where she might connect with real-life friends, such as Instagram or Facebook. The size and distance of her following was supposed to provide anonymity and an escape from reality. Yet within days she was receiving thousands of likes on her breakup video. In an update that she posted just a couple of months later, she revealed that it had boosted her to 16.2million views.

"I went from 100 followers to 100,000 in two months," she tells InStyle. "Within a week of posting the video I was receiving thousands and thousands of comments and private messages. There were so many people in my inbox looking for advice and asking me how I handled the breakup. I didn't realize the amount of people dealing with the same situation until I posted that video."

Carolina's relationship had fallen apart gradually after her boyfriend moved back to his hometown in Europe. He had lost his job duringthe pandemic, and although Carolina tried to convince him to move into her house, he was concerned about his lack of income. At first, the couple texted and FaceTimed daily, butthe distance eventually proved too much.

"I would schedule in time every morning to reply to private messages about relationship situations, and after work I would dedicate hours talking to each person who reached out to me in more detail," Carolina says. "I knew that I was helping people, and talking to them made me really happy. Many of them said that they had no one to speak to about their feelings, and others said that they found it easier to open up to me instead of their close friends or families."

After the viral success of her first video about their relationship Carolina began to post more often, sharing a series about long-distance relationships and even a reconstruction of the day after her boyfriend eventually ended things. Her openness and vulnerability earned her a loyal following among fellow heartbroken social media users, and she now has over 3 million likes on the post.

Carolina is far from the only TikTokker who has found online fame by opening up about heartbreak. Users such as Anna Sitar and Meghan Wainwright have gained millions of followers and built careers after documenting how they moved on from a painful breakup, while others have created entire profiles and coaching businesses after parting ways with a partner.

But TikTok fame also comes with fallout. As well as the positive comments, Carolina also experienced the dark side of social media as commenters flocked to her videos to slam her for being a "bad actress" and to brand her as fake. Although she initially responded to negative feedback, she's learned totune out trolls as her presence on the platform has grown. She now focuses on interacting with followers that she believes she can help, and has built a community of TikTokkers looking to heal from the hurt of an unwanted breakup.

With my inbox constantly pinging I kind of forgot about being sad. I was just really happy that I was able to help so many people.

For Carolina, perhaps the most difficult aspect of posting the videos was the possibility that her ex would see them. Although she never told her former flame that the clips were about him, she says that it would have been "obvious," and that she was nervous when the footage began to blow up. Yet in spite of her anxieties about sharing such an intimate moment in her life, the experience has overall been a positive one.

"I was able to move on much faster than I thought I would," she said. "With my inbox constantly pinging I kind of forgot about being sad. I was just really happy that I was able to help so many people. Some of them even became my friends and my biggest supporters … I wanted the world to see what it's like to experience a long-distance relationship in reality, from talking everyday to trust issues, and then finally breaking up and moving on. It might seem a little pessimistic to some, but it also gave people a lot of hope."

Tracee Ellis Ross Is the Moment
It's Been 10 Years Since Rebecca Black Released "Friday," and the Internet's No Kinder to Young Girls 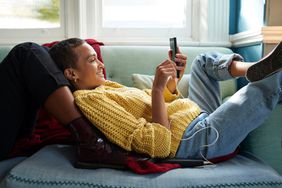 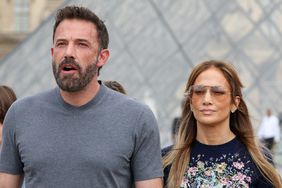 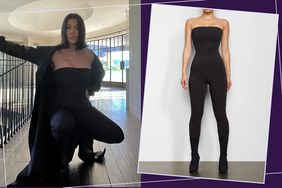 This Controversial, Kardashian-Approved Fashion Trend Is All Over TikTok
I Tried Acupuncture to Get Over a Breakup — And It Actually Worked 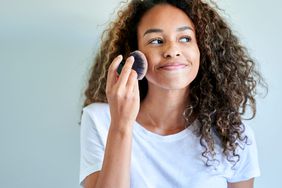 According to TikTok, This Viral Setting Powder Makes Pores and Wrinkles "Literally Disappear" 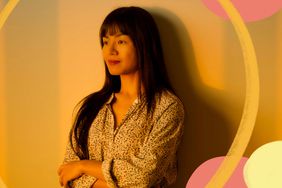