Today, during an appearance on The View, Brandy Norwood let everyone know that her 1997 classic, Rodgers & Hammerstein's Cinderella, would finally be hitting Disney+. Since the streaming service debuted in 2019, fans have been calling for the iconic film to be available and now, it seems their wish has been granted. Appropriately Whoopi Goldberg, Brandy's co-star, was also involved in the announcement.

The movie will stream Disney+ starting Feb. 12. When it debuted in 1997, the film drew headlines for its blind casting, which had Brandy play Cinderella, Whoopi Goldberg play the queen, and Paolo Montalbán as Prince Charming. Whitney Houston played the Fairy Godmother and Bernadette Peters played Cinderella's wicked stepmother.

Entertainment Tonight reports that the movie earned seven Emmy nominations including Outstanding Variety, Music or Comedy Special, but it almost didn't happen. Houston was slated to play Cinderella, but she hand-picked Brandy to play the role after the film was stuck in pre-production.

"I stuck with the project for years, until I decided I wasn't gonna be Cinderella and I would be the fairy godmother," she said.

The news hit Twitter, which rejoiced in the wave of nostalgia that came with the news. Many fans noted that they'd been waiting for years to be able to see the movie again, having worn out ther VHS copies.

Disney+ already has the studio's animated classic available to stream as well as the Lily James-fronted 2015 live-action remake. But Disney isn't the only studio with Cinderella. According to People, Camila Cabello's turn as the glass slipper-wearing princess is set to be released this year. She'll star alongside Idina Menzel and Billy Porter. 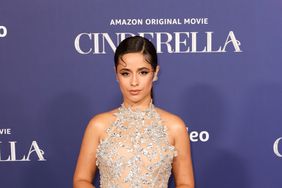