Be prepared to be on the edge of your seat.

Now that the temperatures have dropped, staying in for a movie night sounds much more appealing than braving the cold and leaving the house. (And with the Omicron variant spreading, why would you want to?)

After a cuffing season of cutesy rom-coms and Christmas movies on repeat, I don't know about you, but I'm in the mood for something a little darker and more thrilling. And given the entire world's obsession with all things having to do with murder, we couldn't think of a better genre to cuddle up on the couch and watch.

So grab your blanket, popcorn, and a night light because we've rounded up the most bone-chilling, suspenseful murder-mystery movies on the market. Scroll through to see what you'll be watching on your next movie night in (and don't forget to lock the door).

Looking to find their spark again, a husband-and-wife duo embark on a trip that is soon derailed by a mysterious murder. The cop (Adam Sandler) and his hairstylist (Jennifer Aniston) wife must uncover who the killer is to put an end to the killings and clear their names.

Single mother Stephanie (Anna Kendrick) befriends Emily (Blake Lively), a fellow mother with a dark past. When Emily disappears one day, Stephanie sets out to find her and discovers secrets about her not-so-perfect life.

Following the death of renowned crime novelist Harlan Thrombey, skilled Detective Benoit Blanc (Daniel Craig) comes into town to solve the murder. But Blanc gets tangled in a web of deceit when greedy family members arrive to collect Harlan's estate, which he left entirely to his beloved caretaker Marta (Ana de Armas). And this mystery has one thing none of the other films have: Chris Evans in that ivory sweater.

U.S. Marshal and investigator Teddy Daniels (Leonardo DiCaprio) and his new partner (Mark Ruffalo) arrive at an insane asylum to locate a missing patient — who also happens to be a killer. The two men spend several days searching the remote island for the vanished woman before Teddy starts to uncover some strange and suspect facts. This suspenseful thriller with a crazy unexpected twist will have you on the edge of your seat.

Sex, love, and murder. This movie starring Sharon Stone as a deeply mysterious crime novelist and Michael Douglas as the homicide detective she seduces has it all.

The Girl On the Train

A divorced and unemployed Rachel Watson (Emily Blunt) has been observing a "perfect" couple everyday from her spot on the train until one day the woman goes missing. After more is revealed about Rachel's former marriage to Tom (Justin Theroux) and her drinking problem, she begins to investigate the woman's disappearance on her own.

Lionel (Edward Norton), a private detective with Tourette's syndrome, sets out to solve a murder using his brilliant mind and a few key clues.

Bad Times at the El Royale

Murder On the Orient Express

This 2017 movie is based on the 1934 novel by Agatha Christie of the same name. A murder on the train launches a full-blown investigation led by world-famous detective Hercule Poirot (Kenneth Branagh) in order to find and arrest the killer.

This 1985 dark comedy, based on what was probably your favorite board game growing up, follows six strangers being blackmailed as they become guests of an eerie, isolate mansion. 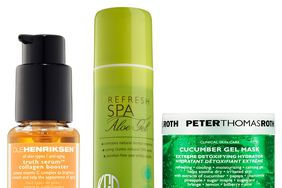 The Best Beauty Products to Keep in Your Refrigerator 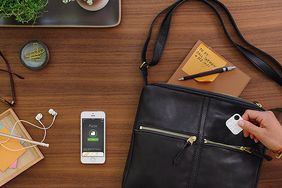 Keep Track of Your Stuff with The Tile App 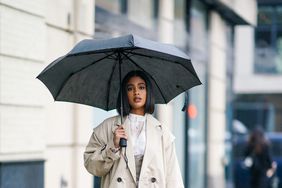 Yes, It's Possible For Raincoats to Be Both Practical and Cute 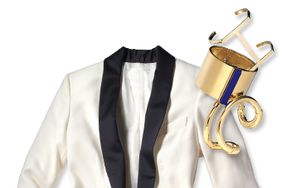