Can't Make It to the Beach This Weekend? Watch These 11 Movies to Feel Like You're There

Spending your long weekend landlocked? Don't worry—a trip to the beach is just one click away. Some of our favorite summertime movies can transport you to the ocean in an instant, despite the fact that you're not technically seaside. So if you're looking to hit the couch instead of the sand, we recommend living vicariously through these 11 classic films that will take you on a journey from small surfer towns and desert islands to tropical resorts. The vacation destination is up to you.

And go ahead—skip the sunscreen.

The 2002 surfer flick that put Kate Bosworth on the map is the ultimate definition of #summergoals, allowing landlocked girls around the world to channel their inner beach babe. Bosworth stars as Anne Marie, a Hawaii-based hotel maid whose dreams of becoming a pro surfer were put on hold following a near-death accident in the water. With the encouragement of her BFFs—including Eden, played by Michelle Rodriguez—Anne Marie decides it's time to get back in the game. And with the help of a visiting NFL quarterback (Matthew Davis), she does just that.

Watch it on: iTunes, Amazon

When music composer Peter Bretter (Jason Segel) is dumped by his actress girlfriend, Sarah Marshall (Kristen Bell), he takes a vacation in order to properly mourn the end of their five-year romance. But as soon as he gets to his picturesque Hawaiian destination, Peter finds that it won't be so easy to forget his ex-girlfriend—who just so happens to be staying at the same resort with her new rocker boyfriend, Aldous Snow (played by Russell Brand). Luckily for Peter, the hotel's concierge, Rachel (played by Mila Kunis), takes him under her wing—and as they begin to fall for each other, Peter realizes that his time with Sarah wasn't really as perfect as he thought.

Shirtless young Leo. Need we say more? In his first film following the success of Titanic, Leonardo DiCaprio stars as an adventure-seeking world traveler named Richard in the 2000 drama. After arriving in Thailand, Richard befriends fellow tourists—one of whom tells him about a hidden and uninhabited island paradise that exists in the nearby Gulf. The man draws a map for Richard, who then embarks on a journey to find the idyllic spot. Only when he does finally get there, things aren't as perfect as they seem.

Finding Dory is in theaters now, but the prequel to Pixar's newest animated film first gave us all the feels back in 2003. It follows the animated adventures of Marlin, an overbearing clownfish searching for his kidnapped son, Nemo. He teams up with Dory, a Blue Tang fish (voiced by Ellen DeGeneres) who suffers from short-term memory loss. Their journey takes them from the Great Barrier Reef all the way to the Sydney Harbor and beyond—to 42 Wallaby Way, to be exact.

Adam Sandler and Drew Barrymore were a perfect match in this 2004 rom-com. Sandler played Henry, a bachelor who lives on a boat in Hawaii and works as a sea life veterinarian at a local aquatic park. Henry's world is turned upside down when he meets Lucy (Barrymore), a local who suffers from severe short-term memory loss following a near-deadly car crash the year before. Despite the fact that Lucy can't remember anything past the day of her accident—and relives the same day over and over, thanks to the extreme measures taken by her father and brother—Henry is determined to win her over, no matter what it takes.

This 1980 cult classic stars Brooke Shields and Christopher Atkins as two young cousins growing up on a South Pacific island after surviving a shipwreck. Set in the Victorian period, the kids are forced to raise themselves as they enter their teen years with no adult supervision following the death of their fellow castaway, Paddy Button (played by Leo McKern). With a paradise setting as their backdrop and no one to enforce societal norms, the pair falls in love and creates a life for themselves.

If you like your beach movies to be action-packed, then Point Break certainly delivers. The original 1991 film—which was remade in 2015—stars Keanu Reeves as Johnny Utah, an FBI agent investigating a group of surfers who he suspects to be bank robbers. Patrick Swayze plays Bodhi, the leader of the thrill-seeking surfer gang behind the crimes. When Johnny infiltrates the surf community, his newfound relationships have a bigger impact on his job than he'd expected.

Jessica Alba and Paul Walker star as perfectly-tanned Bahamas-based divers Sam and Jared in this 2005 action flick. The couple find themselves on a treasure-hunting trip after Jared's brother discovers an underwater shipwreck—but along with the lost pirate ship, the group also comes across a crashed airplane. And it just so happens to be filled with drugs. Soon, they find themselves tangled up in a web of drug lords—and drama ensues.

Ok, so we'll admit that this 2011 dramedy isn't the most uplifting of beach-y movies—but it's a touching story and has gorgeousHawaiian scenes. Not to mention, it stars George Clooney. He plays Matt King, an attorney on the verge of some major life changes. His wife is dying, following a tragic boating expedition, leaving his two daughters—played by Shailene Woodley and Amara Miller—struggling. And to top it all off, he's the trustee of his family's massive plot of land on the Hawaiian island of Kauai—and with the trust about to expire, his family is fighting over whether or not to sell the land for a large fortune. There are plenty of ups and downs—but the Kings do their best to make it through, no matter what.

No list of sea-set movies would be complete without a mention of Cast Away. The 2000 drama stars Tom Hanks as Chuck Noland, a FedEx employee who becomes the sole survivor of a plane crash while traveling to Malaysia for work. After he washes up on a deserted Pacific island and realizes that help isn't on its way, Chuck is forced to learn how to survive on his own. He eventually draws a face on a Wilson volleyball that also washed ashore following the crash, appropriately names it Wilson, and begins treating it as his friend IRL.

Holiday in the Sun

Guilty pleasure alert: This 2001 movie is one of our all-time favorite beach movies. Sure, it technically takes place during winter break, but whatever—it feels like summer. Mary-Kate and Ashley Olsen play 15-year-old twins Madison and Alex Stewart, who head to the Bahamas's Atlantis Resort with their parents for a family vacay. When they're not playing around on the resort's famous slides or rocking the ultimate in 2000s teen beachwear, the sisters spend their time flirting with boys (much to the chagrin of resident mean girl Brianna Wallace, played by Megan Fox). The twins' romantic pursuits are put on hold when they find themselves in the middle of an antique-smuggling heist, but they ultimately save the day and get to return home with the coolest vacation story ever.

Watch it on: DVD—if you can find one. The movie is currently unavailable to stream online, so we suggest digging up your old collection of MK&A classics—and possibly your VCR. 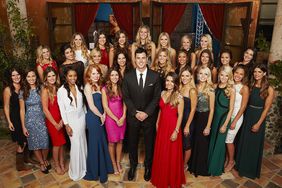 Planning a Spring Break Trip? Whisk Yourself Away to One of The Bachelor's Top Vacation Destinations 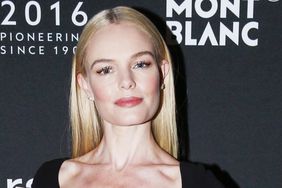 Why Kate Bosworth Will Always Love Blue Crush: "It's Where It All Began"