5 Insanely Good Amazon Prime Series You Should Be Watching

Let's be honest, winter is the season of the binge-watch. So don't fret: Put that evening jog off another day and lay back with a new series (a glass of rosé wouldn't be a bad addition, either).

On board? Exhausted your Netflix options? Plunged into the darkest depths of your queue and found you're just not emotionally ready to re-watch Breaking Bad? It'll be okay. We have an answer: Amazon Prime.

Even if you've already hit the Prime basics (Transparent, The Man in the High Castle, Mozart in the Jungle, etc…) the series that lie beneath are just as binge-worthy. Impress your friends with your streaming series knowledge as you binge your way through our Amazon Prime favorites—tailored for your every mood and state of mind.

Read on below for a snapshot of your five new favorite shows!

Set in the cutthroat world of professional ballet, the Starzlimited series combines the psychological gloom of Black Swan with the rumor-fueled guilty pleasure of Gossip Girl. At just eight episodes, Flesh and Bone is the ultimate sick-day binge—trust me, attempting to watch the series in more than one sitting is a grave mistake; it will overrun your life. No matter how addictive, keep in mind: this show is not feel-good. If you're in the mood for a fun dance flick, check out Save the Last Dance or Step Up (both available on Netflix). Flesh and Bone is not for the faint of heart.

If you love adrenaline-pumping shows like Breaking Bad and Better Call Saul, you'll flip for Amazon's Sneaky Pete. The series features the immense talent of Giovanni Ribisi (you'll recognize him from his recurring role as Phoebe's bro in Friends), Margo Martindale, and Bryan Cranston—the Breaking Bad alum also co-created Pete and serves as an executive producer. Ribisi stars as a con man with a heart of gold, skillfully impersonating a former prison mate to get to his family's money. Family drama plus identity theft equals everything we've ever wanted in a streaming series—our only complaint is that there aren't more episodes!

This quirky Amazon original series is more than just well-timed and acted, it's unabashedly real. Though very, very funny and often rom-com level adorable, Catastrophe is no picture-perfect sitcom. Rob (Rob Delaney) and Sharon's (Sharon Horgan) relationship is weird, and hard, and at times cringe-inducing—but that's why it's so good. Catastrophe, however charming, sells the truth in each of its 30-minute episodes, and we're all in.

This show is unexpectedly awesome. These days, "starring Billy Bob Thornton" doesn't inspire too much confidence, but I'm telling you, the comeback tour has begun. Thornton actually won a Golden Globe for his understated performance as Billy McBride, the series' justice-minded underdog lawyer. It's twisty, it's turn-y, and despite the title, Goliath contains only a few bible references. The series also boasts co-creator David E. Kelley, the name behind almost every notable courtroom drama of the past 30 years (Ally McBeal, Boston Legal, The Practice, L.A. Law…). You won't be disappointed.

Chances are, this is one of those series you keep putting off, mentally leaving it for some future point in time. Well, I'm here to tell you, that point should be now. Real-life couple Matthew Rhys and Keri Russell are the sexiest cold war-era Russian spies on television—their chemistry is insane and I'm this close to writing fan fiction about their life in Brooklyn. The FX series heads into its fifth and penultimate season this March, so you have just enough time to catch up. Make The Americans your top binge priority; this is one drama you shouldn't be sidelining. 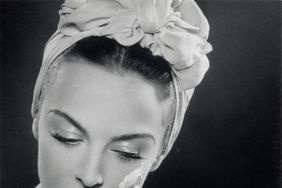