12 Must-See Summer Movies for Memorial Day and Beyond

Memorial Day weekend is upon us, which means the summer's most anticipated blockbusters are coming in hot! There will be brand new, action-packed tales hitting theaters all summer long, so if you're a thrill-seeking movie goer, this is your season. The biggest stars, including Jennifer Lawrence and Alexander Skarsgard, will swing, kick, and punch their way through theaters, promising months of adventure. Even the animated fare will be too good to miss.

From X-Men: Apocalypse to Ghostbusters, Finding Dory and everything in between, make sure you're up to date on all the films on the summer docket—we have a feeling you'll be spending quite a bit of time at the movie theather. Keep scrolling for the big budget cinematic experiences you can't miss.

Alice Through the Looking Glass

May 27
The beloved characters of Wonderland are back for this spectacular sequel. This time, Alice (Mia Wasikowska) returns to the whimsical world of Underland to save the Mad Hatter (Johnny Depp). Anne Hathaway, Helena Bonham Carter, and Sacha Baron Cohen also reprise their roles.

May 27
Kick off Memorial Day weekend in the best way: with a big ticket blockbuster! Our favorite band of misfits are back for another action-packed installment of this classic series. When the world's most powerful immortal mutant, Apocalypse (Oscar Isaac), recruits Magneto (Michael Fassbender) and other mutants to create a new world order, Professor X (James McAvoy) and Mystique (Jennifer Lawrence) lead a team of young X-Men to stop their seemingly indestructible adversaries from destroying mankind.

Teenage Mutant Ninja Turtles: Out of the Shadows

June 3
Our favorite pizza-wolfing reptiles Michelangelo, Donatello, Leonardo, and Raphael return to the silver screen to take on a super villain unlike any they've seen before. But they aren't alone in their fight against evil! April O'Neil (Megan Fox) and Vern Fenwick (Will Arnett) will be right there with the sewer-dwelling teenage crime fighters, along with a newcomer: the hockey-masked Casey Jones (Stephen Amell).

June 17
Can you believe it's been 13 years since we first met Dory? After much ado, our favorite forgetful fish (voiced by Ellen DeGeneres) is making her big screen comeback with a story that will shed some light on how she came to be the special blue tang we all know and love. Other fishy friends like Marlon (voiced by Albert Brooks) are joining the fun, and helping to tell the story. Dive into this one with the whole family in tow.

July 1
Roald Dahl's famed children's novel comes to life in a spectacular way this summer! Academy Award winner Mark Rylance lends his voice to the giant who, despite his gargantuan size, is as benevolent as they come. He befriends a young girl (in an unconventional way, mind you) and together they embark on an adventure to capture the evil giants who have been wreaking havoc on the human world.

The Legend of Tarzan

July 1
They had us at shirtless Alexander Skarsgard! Swing into the theater this summer for this adaptation of Edgar Rice Burroughs's classic tale, which also stars Margot Robbie, Samuel L. Jackson, and Christoph Waltz. Buckle up because it's sure to be a wild ride.

July 15
OK, we'll admit it: Bill Murray, Harold Ramis, Dan Aykroyd, and Ernie Hudson might be a tough act to follow. But if anyone can handle the ghostly creatures of the present day, it's this all-girl cast with Melissa McCarthy, Kristin Wiig, Kate McKinnon, and Leslie Jones. Bonus: Chris Hemsworth plays their trusty secretary. Who you gonna call?

July 22
We would follow Chris Pine to the ends of the earth, so it's not much of a stretch to trail him into deep space, too. Catch Pine in July reprising his role as Captain Kirk, as the USS Enterprise crew comes together once again for the third installment of this Star Trek reboot series. This time, the team will encounter a brand new set of extraterrestrial adversaries who put the Federation and everything they stand for to the test. Idris Elba joins the cast as the villainous Krall, and series vets like Zoë Saldana (as Uhura), Zachary Quinto (as Spock), and Anton Yelchin (as Chevok) return for this intergalactic adventure.

July 29
​When we heard this comedy came from the same writers as The Hangover, we knew we were in for a treat. Mila Kunis plays an over-worked and under-appreciated working mom who, in cahoots with similarly frustrated women (played by Kristen Bell and Kathryn Hahn), takes a much needed and totally un-mother-like break from the stressful duties that sent her over the edge. Christina Applegate and Jada Pinkett Smith also star.

July 29
Matt Damon is back as Jason Bourne in this long-awaited installment of The Bourne Identity franchise. This time, Bourne remembers who he truly is and he's on a mission to uncover the hidden truths of his hazy past. Oscar winner Alicia Vikander and Julia Stiles also star.

August 5
Nothing says summer movie season like a comic book film or two to really get our adrenaline pumping. You'll have to wait a while for this one, but we've got a feeling it'll be the perfect film to end the summer movie season on a high note. This DC Comic adaptation chronicles a group of super villains who are given a shot at clemency in exchange for performing dangerous black ops missions. Margot Robbie stars as the maniacal Harley Quinn, exceeded in insanity only by The Joker himself (played by Jared Leto). Will Smith, Cara Delevingne, and Ben Affleck are all part of the star-studded cast.

August 19
This is the epic historical tale you can't miss this summer. Think Gladiator, with a hint of Julius Caesar and a touch of The Ten Commandments. It tells the story of Judah Ben-Hur (played by Jack Huston), a Jewish nobleman falsely accused of treason by his brother. It's a story of betrayal and redemption like you've never seen and will no doubt be one of the most memorable cinematic experiences of the summer. 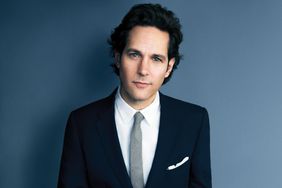 Why July Is Officially the Month of Paul Rudd 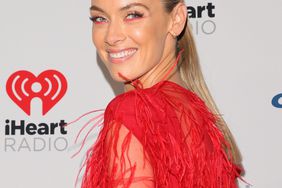 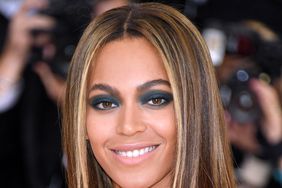