11 Things to Watch on TV in December

Your DVR may feel like a constant stream of one midseason finale after another lately, but don't be fooled—there's no shortage of fresh programming about to hit your screen. This month offers plenty of holiday specials and season premieres that will keep your TV cravings satisfied until after the holidays, so you can avoid watching Home Alone on repeat (most days). Scroll down for 11 all-new programs that are worth scoping out.

Click your heels together three times and tune in to the three-hour live-action special, which is based on the Tony-winning Broadway play The Wiz. Queen Latifah plays the wizard and Mary J. Blige stars as the Wicked Witch of the West, Evillene, in this fresh take on the classic story from The Wizard of Oz. Uzo Aduba, Ne-Yo, and Common also star. (Dec. 3, 8 p.m. ET on NBC)

Bill Murray stars as none other than himself in this brand-new variety show. Directed by Sofia Coppola, the musical comedy follows a worried Murray, who fears that a New York City snowstorm will prevent everyone from making it to a taping of his TV show at the Carlyle Hotel. Expect singing, dancing, and A-list guest stars including George Clooney, Miley Cyrus, Amy Poehler, and Rashida Jones. (Dec. 4 on Netflix)

This one is for the whole family. The hour-long variety special features performances and appearances from tons of Nickelodeon stars, and is hosted by the casts of Game Shakers, Bella & the Bulldogs, Thundermans, Henry Danger, and Nicky, Ricky, Dicky & Dawn. What starts off as a fun holiday party with the whole Nick crew present soon turns into an obstacle-laced challenge as the stars realize that they're pawns in a stranger's evil trap. (Dec. 5, 8 p.m. ET on Nickelodeon)

Eva Longoria stars as Ana Sofia, the leading lady in a Spanish language soap opera in this new show-within-a-show comedy. The kicker? Longoria's character doesn't actually speak any Spanish. And the drama in Ana Sofia's life doesn't end when the cameras stop rolling. Watch what happens when her real-life ex-husband lands the part of her onscreen love interest. (Dec. 7, 10 p.m. ET on NBC)

It's officially that wonderful time of year when the Victoria's Secret Angels grace our TV screens with their presence. The annual show took place in New York City on Dec. 10, and it completely dominated our social media feeds for days to come. InStyle was there to give you a sneak peek at the program's sexiest moments, and now audiences finally get to see the sizzling special in its entirety. Tune in to see Kendall Jenner, Gigi Hadid, and Behati Prinsloo strut their stuff down the runway, plus musical performances by Selena Gomez, The Weeknd, and Ellie Goulding. (Dec. 8, 10 p.m. ET on CBS)

Dolly Parton's Coat of Many Colors

Did you know that we have a raggedy patchwork coat to thank for the gift that is Dolly Parton? Ok, so maybe not entirely, but the piece of outerwear did play a huge part in shaping the country music legend that we all know and love today. In this TV movie, Alyvia Alyn Lind stars as 9-year-old Parton growing up in Tennessee's Great Smoky Mountains in 1955. The story follows Parton's life with her family in the wake of tragedy, and it depicts how events from her youth ultimately impacted who she became: an icon. (Dec. 10, 9 p.m. ET on NBC)

Jill Soloway's groundbreaking series is back for season two. Starring Jeffrey Tambor as Maura, a 70-year-old transgender woman, and Judith Light as her ex-wife, Shelly, the Emmy Award-winning drama follows the former couple and their children as each family member continues to explore his or her own identity. (Dec. 11 on Amazon)

This holiday season, iHeartRadio is gifting you with a concert—and you don't even have to get off the couch to attend. The 90-minute special will broadcast the best of New York City's Z100 Jingle Ball, featuring performances by the artists behind some of your favorite Hot 100 hits of the year: Selena Gomez, Nick Jonas, Demi Lovato, The Weeknd, and more. (Dec. 17, 8 p.m. ET on The CW)

For one night only, Idris Elba returns to his iconic TV role as Detective Chief Inspector John Luther in the new installment of BBC America's original drama, which aired its last episode in 2013. Only now, Luther has extracted himself from the world of law enforcement entirely. The brilliant yet self-destructive detective has taken a leave of absence, holing himself up in a cottage far from the twisted cases that he used to work on London's streets. But all it takes is one cannibalistic serial killer to pull him right back into working the city's most disturbing crimes. (Dec. 17, 9 p.m. ET on BBC America)

F is for Family

This is one animated comedy that's NSFW. The six-episode series follows the Murphy family in 1970s small-town America, and in their world, there's no such thing as being politically correct. Not that we would expect other than raunch from a cartoon created by Bill Burr and executive produced by Vince Vaughn. Burr voices the family's patriarch, Laura Dern voices his wife, and Justin Long voices the family's oldest son. (Dec. 18, Netflix)

It's every Weekend Update fan's dream come true: Tina Fey and Amy Poehler are returning to their old stomping grounds to co-host the final Saturday Night Live episode of 2015. We can't even begin to imagine the hilarity that the unmatched duo—who are promoting their upcoming movie, Sisters—have in store for us, but we're hoping to see some of our favorite past characters make a triumphant return to the stage in what can only be described as the ultimate holiday gift from SNLcreator Lorne Michaels. (Dec. 19, 11:30 p.m. ET on NBC) 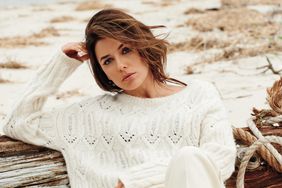