From Barbiecore to bordeaux, she has the range.

The royals, whether they're British or Spanish, love a head-to-toe look. And while Kate Middleton prefers coatdresses, Queen Letizia of Spain takes her monochrome looks into all of her favorite silhouettes. This week, she proved that she's sticking to her royal duties even though Christmas is on the horizon and the rest of the world has pretty much checked out.

Yesterday, Letizia attended the 15th Anniversary of the "Microfinanzas BBVA" Foundation at Palacio del Marques de Salamanca wearing a sleek and body-hugging Bordeaux Massimo Dutti sheath with long sleeves and a turtleneck. She accessorized with matching pointy-toe pumps but broke up the look with a thick black belt. The Daily Express notes that her version was slightly different from what was originally offered by the brand. Instead of an open back, Letizia's version was fully covered up.

And today, Letizia traded her head-to-toe Bordeaux for a major dose of Barbiecore. During her visit to the Niño Jesus University Children's Hospital, she wore a bright pink outfit that included a longline coat, a matching blouse, and tailored pants that showed off a bit of ankle. She added black, pointy strappy heels and a skinny black belt — and all of it matched the glossy black buttons of her coat.

Earlier this year, Letizia surprised just about the entire world when she stepped out in a different pink outfit that included an ab cutout. So, while the Spanish queen may have similar tastes to other royals when it comes to color and cut, it's safe to assume that not many of her cohorts would dare to bare in something as sexy as an ab-flashing ensemble. 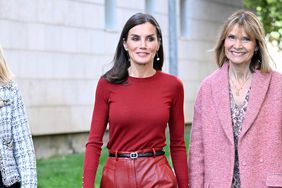 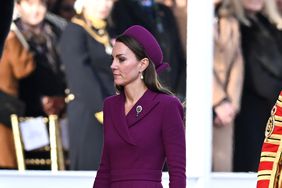 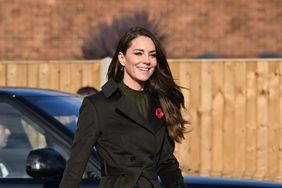 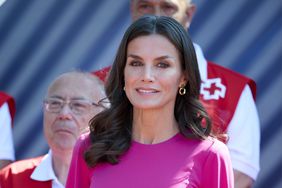