She and her husband still have those pinch-me moments

Vice President Kamala Harris appeared in her firstnetwork TV interview since taking office in January and she admitted that she is still getting used to the title.

And there is quite a bit of work to be done, as the VP pointed out. Throughout the course of the interview, Harris discussed vaccine rollout and school re-openings — two very important matters in our country that go hand-in-hand. She says that she and President Biden are working to get vaccines to teachers and implement new safety measures so that schools can properly re-open.

"Teachers are critical to our children's development," said Harris. "They should be able to teach in a safe place and expand the minds and the opportunities of our children. Teachers should be a priority, along with other front line workers."

Get Ready for the Biden-Harris Effect

And with 22 states (according to Harris) putting teachers as a priority in receiving the vaccination, Harris is hopeful about school openings.

"Our goal is that, as many [K through 8th-grade] schools as possible will reopen within the first 100 days," she said. "Our goal is that it will be five days a week. So we have to work to achieve that goal. But our goal is the goal of parents."

The federal government will soon be sending 13.5 million vaccines weekly to each state. Harris said that she and President Biden are doing everything in their power to rollout the vaccine efficiently adding that, "as quickly as we're producing it, we're getting it out."

When asked about vaccine supplies, Harris said that the administration is hopeful that there will be enough supplies for the entire American population to receive a vaccine by mid summer.

"We expect that that will be done, in terms of having the available supply, by the end of July," said Harris. "And so we are very excited about that. We're excited about what we've been rolling out." 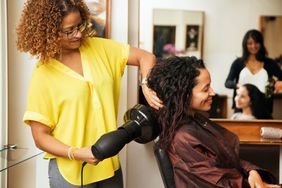 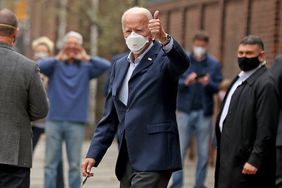 Our Problems Won't Magically Disappear After the Inauguration 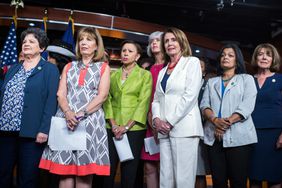