The State of the Arts

This is the State of the Arts, our bi-annual look at Black Excellence: the good, the baddies, and the burnt-out.

I learned the way to my parents' hearts early: a report card filled with straight As.

I got my first hit of the Principal's List in first grade — and was hooked. For one, a phone call about my academic achievements meant that my separated parents would have a friendly chat without arguments. And if being the smart kid would make them happy, then I was delighted to exceed expectations. The best part of growing up in Queens, N.Y. was that my classroom was like a mini-United Nations. I only appreciated this after I got into the working world and frequently became "the first" or "only" Black, Latina, or woman in the room. As a child, I never felt isolated or pressured by my teachers to perform differently than anyone else, but I knew how much money and time my parents devoted to my education. To pay them back, I felt the need to over-achieve. They worked hard and sacrificed a lot; I wanted their efforts to be worth it.

My perfectionism only went into overdrive in high school. At an all-girls Catholic school with a heavy price tag, my goal was laser-focused: to get a college scholarship. I'd sit in the library calculating the amount of honors classes I'd need to get over a 4.0 GPA. And I succeeded, landing a coveted spot at NYU.

It's cute when a pigtailed girl totes a bag of school books to get ahead of summer reading. But as an adult, decades of high-achieving, people-pleasing perfectionism takes its toll.

When I started my journalism career, I had years of perfectionism under my belt, and I was ready to morph into a corporate Wonder Woman. My colleagues at a former job called me an "editorial superhero" because I was always awake somehow to cover celebrity deaths and surprise Beyoncé birth announcements. I found myself being "the first" in every capacity you can imagine at that job: the first Black editor, the first Afro-Latina to lead a team, the first non-white executive. I was Black excellence personified. But what I did not know is that the label of "the first" is the one that cuts the deepest. It carries with it expectations from people who don't know me or care about my wellbeing.

More From State of the Arts: 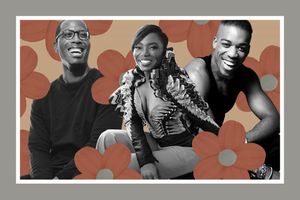 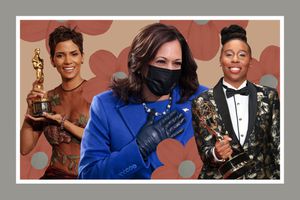 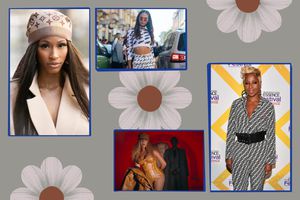 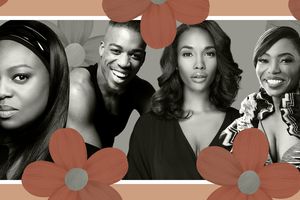 For them, I was a diversity-box-checking trifecta (Black! Latina! Woman!), which again sent my perfectionism into dangerous overdrive. Not only did I have to succeed, but I also had to do it for all of the young people of color who would come next. I had to make sure that I didn't mess it up — I didn't want to be the reason someone else would be turned down for a role. And even though I felt hit with microaggressions and a load of moral weight that had nothing to do with work, I felt I had to be grateful at every turn that I had been "chosen." But this is not a way to live, and it's absolutely not a way to thrive.

I had mastered achieving in a professional setting, but I didn't feel good enough about simply just being a human who was allowed to make mistakes; I had no idea how to prioritize my wellbeing nor that I even could.

Like too many other Black women grin-and-bearing it from one achievement checkpoint to the next, my wellbeing suffered. I had devoted no time to life off the clock, my laptop glued squarely to my fingers as I worked on weekends from my couch to keep up. I made little time for simple routines like cooking or phone calls with friends. My work-life balance was non-existent, because perfection doesn't allow for anything but achieving. Just being able to have breathing room felt like a missing piece of my everyday life that I desperately needed back.

I finally realized that being the first anything was less of an accolade and more of another sad relic of institutional racism. And that excellence was more like a requirement than a compliment. My a-ha moment came after being talked over — again— by a white colleague in a meeting where I sat at the head of the table leading. That's when I decided that enough was enough. No more overexplaining. No more bridging the gap. I had to reclaim my self-assuredness that I been burying in order to "keep the peace."

To help see myself out of it, I've had some incredible north stars. The Obama family has been open about wanting to be mistake-free so that they wouldn't make it hard for another Black First Family in the White House. Meghan Markle has weathered the racist microaggressions on a macro-level for being one of the Royal Family's first active members of color. Even her binder full of monarchy facts and a perfect curtsy couldn't shield her from vicious criticism and racist attacks.

But there's been no wakeup call more potent than the ones from Naomi Osaka and Simone Biles. Before they stepped back from competitions to focus on their mental health, I would have never thought those kinds of bold, self-aware acts would even be possible for me. That being 'excellent' allowed for rest.

This summer, I took my own necessary step back to examine why my worth feels so tied to my performance. What I've found is coming to understand that I was systematically designed to be this way. My parents made sure I had the best education; I went to the top schools — wouldn't I be a total letdown and a waste of money if I didn't land at the top of something professionally?

I can't say that an Olympic season or Markle's explosive Oprah special has cured me of perfectionism entirely; it took three decades of wiring to get here. But, for once, I'm going to give myself the grace period to evolve. To start, I have learned to press what I'll call the achievement snooze button. And that's been genuinely sparked by my love of fitness and mindfulness. I don't have an entire routine — with my history as an overachiever, I try to keep it free-flowing. But I do like to start my day by moving my body. Whether I'm dance-riding on my Peloton along with Hannah Frankson or going for a swim, I like to connect with my heart, mind, and limbs. It reminds me that I'm here, awake, and I deserve to show up for myself and not a Slack notification.

I walk my 11-year-old cockapoo Lola — she loves to stop by our local Starbucks and say hello to her favorite baristas. And most nights, I leave my iPhone out of reach and I get lost in a book. I am able to disconnect from work, the world's chaos, and to-do lists by stepping into someone else's world.

These are the things I love because I do them when no one's watching. My gender doesn't matter; my race doesn't matter. No one cares about my Peloton output or whether or not I make my reading challenge goals on Goodreads. Any of those "achievements" would be for me and me alone.

What Does It Even Mean to Be "Enough"

I hope that other Black overachievers find the thing that helps them turn it all off and live. Try something you're terrible at just for fun (my swimming stroke is getting there, and I'm totally okay with just being okay). Ask, "Who are you achieving for?" Your mom's going to love you no matter what. You'll likely never argue about your work productivity with your partner. Your children, whether human or fur baby, will love your embrace and the sound of your voice even if you're wearing mismatched socks.

Your excellence shouldn't be based on output determined by someone else's expectations, or taken for granted because you're the only you in the room. It is made up of whatever it is that's essential to you, and it doesn't go away when you allow yourself to be "good enough" or even just plain average once in a while. There could be another side of yourself — relaxed, creative, free-flowing — that you get to meet when the perfect one takes a day off.