What To Know About the SARS Protests in Nigeria

It all stems from a controversial police unit, the Special Anti-Robbery Squad.

Protests in Lagos, Nigeria's largest city, became violent on Tuesday, after nationwide protests brought the country's now-disbanded Special Anti-Robbery Squad (SARS) international attention. Though SARS has been in existence for more than 25 years, CNN reports that the group has become more synonymous with abuse and controversy than what it was set up for: investigating crimes such as armed robbery, kidnapping, assault, and murder.

SARS was supposed to be a branch of law enforcement that focused on Nigeria's more serious crimes. In 2018, however, Nigerian activists started a social media campaign that highlighted all the alleged abuses within the organization.

Amnesty International and Global Citizen have been keeping everyone around the world informed. Feminist Coalition has raised more than 70 million Naira (about $180,000) to assist with food, health and legal services, and security for demonstrators protesting to end SARS in Nigeria.

Why are people protesting?

Using the hashtag #EndSARS, protestors hoped to institute reform, though they didn't make much ground. In June 2020, Amnesty International released a report that found 82 cases of documented police brutality in Nigeria between 2017 and 2020.

"Detainees in SARS custody have been subjected to a variety of methods of torture including hanging, mock execution, beating, punching and kicking, burning with cigarettes, waterboarding, near-asphyxiation with plastic bags, forcing detainees to assume stressful bodily positions and sexual violence," the report reads. "Findings from our research indicate that few cases are investigated and hardly any officers are brought to justice on account of torture and other ill-treatment."

Though the protestors don't have a leader, Time notes that demonstrators are mainly "young people who say they have been unfairly profiled by SARS."

What's happening with the protests now?

While most demonstrations have been peaceful,CNN notes that police officers have been accused of using excessive force. There have been allegations of deaths and injuries.

Protesters have called for five core demands: justice for the families of victims of police brutality, the immediate release of protestors, retraining of SARS officers before they are redeployed to other police units, and an independent body to oversee investigations into police brutality, and increased wages for police officers that protect citizens.

Did Nigeria get rid of SARS?

Nigeria's Inspector General of Police, Mohammed Abubakar Adamu, announced that SARS would be disbanded on October 11 and President Muhammadu Buhari released a video, saying that he heard the "genuine concerns and agitations by Nigerians about the excessive use of force, and in some cases extrajudicial killings and wrongful conduct, by men of the Nigerian police force."

"We will also ensure that all those responsible for misconduct or wrongful acts are brought to justice," he finished, saying, "the vast majority of men and women of the police force are hard-working and diligent in performing their duties."

Are the changes going to make a difference?

Amnesty International doubts that any real change will happen.

"Nigerians are skeptical of authorities' pledge to end police atrocities because the past claims of reforming SARS have turned out to be empty words," the organization wrote.

Amnesty cited a case involving a 17-year-old that died in police custody on Monday in Kano, a city in the north of Nigeria. He was allegedly being tortured, which points to empty promises from the Nigerian government. Amnesty also notes that 56 people have died since protests began. 38 were killed on Tuesday.

More than 190,000 people have signed a petition calling for the U.K. to establish sanctions against the Nigerian government. The United Nations' Secretary-General called for an end to "the violent escalation" in Lagos and urged Nigerian authorities to "investigate these incidents and hold the perpetrators accountable."

Protestors are continuing their demonstrations, even though state governor Babajide Sanwo-Olu implemented a 24-hour curfew and anti-riot police are on duty. Eyewitnesses informed CNN that they saw "multiple demonstrators shot by soldiers at the city's Lekki tollgate on Tuesday evening," though the network did not confirm the news. Time reports that 12 people were shot by the Nigerian military. Protestors have been at Lekki for at least two weeks now. 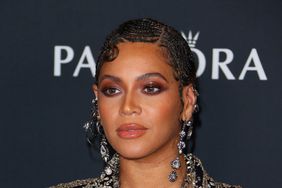