"We want to be uplifted right now," he said of the black outfit. "So, I said, what if we make her something sparkly?"

The all-black look was a contrast to Harris's all-purple look earlier in the day. The broadcast didn't show the full look, though she did finish the look with black leather gloves to stave off the Washington, D.C. chill. Hudson described the full look to Bazaar, however.

"We kept the silhouette very structured and tailored, because that's who the vice president is," Hudson added. "But the liquid sequins give her glamour and shine, because her influence and the way she's broken barriers is a light for so many of us. She shines so we can all shine."

Hudson is a Black designer from South Carolina and his clothes are produced in both Los Angeles and New York City. Harris's choice is reminiscent of Obama's championing of American designers during her time in the White House. The night before the inauguration, Harris wore a coat by CFDA Award-winner Kerby Jean Raymond of Pyer Moss.

Harris seems to be setting an important precedent by wearing young Black designers — with strong social stances — in her opening days of the new administration. 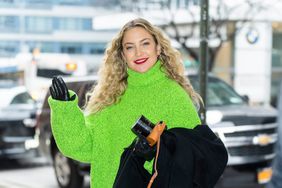 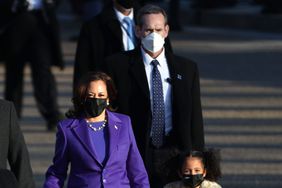 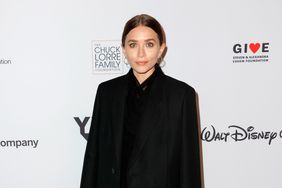