The president applauded activists while highlighting the work that remains to be done for trans rights.

In a proclamation released on the White House website, the president noted generations of activism by transgender and nonbinary people.

"Their trailblazing work has given countless transgender individuals the bravery to live openly and authentically," Biden wrote. "This hard-fought progress is also shaping an increasingly accepting world in which peers at school, teammates and coaches on the playing field, colleagues at work, and allies in every corner of society are standing in support and solidarity with the transgender community."

He also highlighted the work that remains to be done, writing, "In spite of our progress in advancing civil rights for LGBTQ+ Americans, too many transgender people — adults and youth alike — still face systemic barriers to freedom and equality."

Last year, a record 44 transgender people were killed in the United States, a majority of whom were Black and Latinx trans women.

Earlier this year, the Biden administration nominated Dr. Rachel Levine as assistant secretary of health. Dr. Levine made history as the first out transgender federal official to be confirmed by the United States Senate.

In his proclamation, President Biden called on Congress to pass the Equality Act, which would grant LGBTQ+ people protections from discrimination in employment, housing, education, and more.

"I urge my fellow Americans to join us in uplifting the worth and dignity of every transgender person," he concluded. 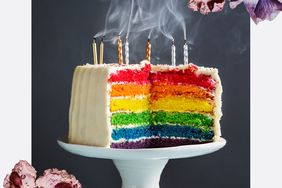