On Tuesday, Texas Gov. Greg Abbott issued a directive ordering the state's child welfare agency to start investigating reports of "gender-transitioning procedures" and approach them the same way that they would treat child abuse cases (several Texas leaders have already said they would defy the order). And just a day before that, Texas Attorney General Ken Paxton issued an opinion "defining gender-affirming care as child abuse" under Texas state law. USA Today reports that trans rights groups are calling out state leadership, saying that they're "twisting" laws for political gain, especially since similar laws died last year in the Texas House.

Celebrities spoke out after the news broke, offering words of support for trans youth in Texas and calling for politicians and leaders to step in, saying that the new developments are inhumane and could be dangerous for trans people.

Elliot Page, who came out as transgender back in 2020, spoke to Variety, saying that gender-affirming care saves lives.

"Trans youth deserve gender-affirming care and to be able to live their true, authentic selves without fear and oppression," the actor said. "I stand with trans youth and their families."

"Transgender people already experience stigma and discrimination, harassment and violence simply because of who they are," Benavidez said. "Regardless of opposition from child welfare and medical groups, Paxton and the Texas GOP continue to create barriers and laws that strip transgender children and their families of civil and equal rights."

Anyone looking to help can donate to trans advocacy groups in Texas, including Transgender Education Network of Texas (TENT). TxTransKids.org does not take donations, but anyone can become an advocate and help the organization push for change. Trans Youth Family Allies is a group that offers various resources and guidance for parents, families, and allies of trans youth. 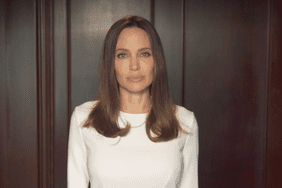