For the first time, South Korean supergroup BTS paid a visit to the White House. During the appearance, members of the group spoke about inclusion and representation in the wake of continued anti-Asian hate crimes, their visit also coincided with the end of Asian American and Pacific Islander Heritage Month, which is celebrated every May. Members of the group took turns at the lecturn (and were introduced by new White House Press Secretary Karine Jean-Pierre) before heading to a private meeting with President Joe Biden. While their speech was made public, their conversation with Biden will not be.

"It's a great honor to be invited to the White House today to discuss important issues of anti-Asian hate crimes, Asian inclusion, and diversity," RM said.

"We are devastated by the recent surge of hate crimes, including Asian American hate crimes," Jimin continued. "We'd like to take the opportunity to voice ourselves once again."

BTS Showed Up to the Grammys in Louis Vuitton

Members of BTS also added that they believe strongly that music unifies the world, which is just one reason that they've reached so many fans around the globe, along with other artists comign from South Korea.

"We feel surprised that music created by South Korean artists reaches so many people around the world, transcending languages and cultural barriers," Jungkook added. "We believe music is always an amazing and wonderful unifier of all things."

"It's not wrong to be different," Suga said. "Equality opens up when we embrace all of our differences."

V finished, "Everyone has their own history. We hope today is one step forward to respecting and understanding each and every one as a valuable person."

The White House noted that BTS and Biden will discuss the group's "platform as youth ambassadors who spread a message of hope and positivity across the world." Last year, the group posted a message on Twitter following three separate shootings in Atlanta that targeted Asian women.

"We send our deepest condolences to those who have lost their loved ones," the statement read. "We feel grief and anger." 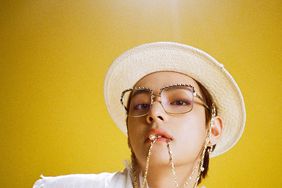