"History will rightly remember today's violence at the Capitol."

Former President Barack Obama has issued a statement following the violent siege of the Capitol on Wednesday, which resulted in four deaths.

Obama, a vocal opponent of the Trump administration, wrote, "History will rightly remember today's violence at the Capitol, incited by a sitting president who has continued to baselessly lie about the outcome of a lawful election, as a moment of great dishonor and shame for our nation."

In no uncertain terms he addressed the source of discontent among Trump supported, citing lies circulated by the Republican party and far-right news outlets regarding the legitimacy of the 2020 presidential election.

"For two months now, a political party and its accompanying media ecosystem has too often been unwilling to tell their followers the truth — that this was not a particularly close election and that President-Elect Biden will be inaugurated on January 20," Obama wrote. "Their fantasy narrative has spiraled further and further from reality, and it builds upon years of sown resentments. Now we're seeing the consequences, whipped up into a violent crescendo."

The "crescendo" he speaks of bore four deaths — three of which were reported "medical emergencies," and one confirmed as a bullet shot into a woman's chest by the Capitol Police.

"Right now, Republican leaders have a choice made clear in the desecrated chambers of democracy," he continued. "They can continue down this road and keep stoking the raging fires. Or they can choose reality and take the first steps toward extinguishing the flames. They can choose America."

Though there has been discussion of invoking the 25th Amendment and thus allowing Vice President Mike Pence to absorb Trump's control, it's unclear if this will come to fruition. In any case, President-elect Biden will take office in 13 days.

People Are Sharing a Startling Photo of the U.S. Capitol Building

"I've been heartened to see many members of the President's party speak up forcefully today," Obama said. "Their voices add to the examples of Republican state and local election officials in states like Georgia who've refused to be intimidated and have discharged their duties honorably. We need more leaders like these — right now and in the days, weeks, and months ahead as President-Elect Biden works to restore a common purpose to our politics. It's up to all of us as Americans, regardless of party, to support him in that goal." 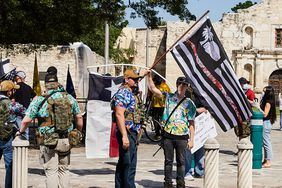 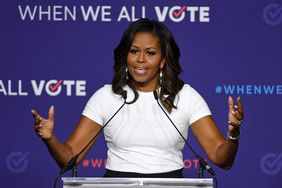 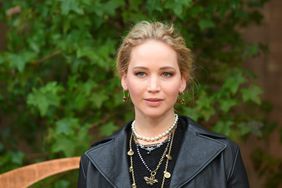 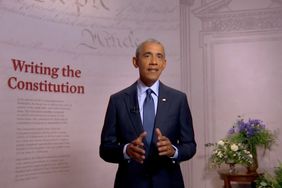 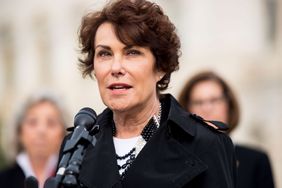