It’s that time of year again. Every winter, we all come together to watch The Academy reveal its annual Oscar nominations and, in the process, snub some of the year's best films and performances. The 2023 list was no exception, with the organization forgetting several notables (Viola Davis in The Woman King, for one, but more on that later) and nominating others that — at least this year — we haven’t even heard of.

It’s not all bad for The Academy. Shoo-ins for Best Actor — Colin Farrell for The Banshees of Inisherin and Austin Butler for Elvis (much has been said about Butler’s retention of the signature Elvis drawl), as well as entrants for Best Film (The Banshees of Inisherin, Tár, Top Gun: Maverick, and Elvis), seemed to be a consensus among viewers. First-time nominees Brian Tyree Henry for his role in Causeway, as well as comeback kid Ke Huy Quan for his role in Everything Everywhere All At Once, also nabbed public support. When it comes to Best Actress, however — let’s just say everyone everywhere was confused all at once.

Viewers and critics alike have expressed adoration and excitement for Michelle Yeoh, who has starred in more than 50 films and has received her first Oscar nomination for her mesmerizing performance in Everything Everywhere All At Once, becoming the first self-identifying Asian actress to do so. Veteran Oscar nominee Cate Blanchett received her eighth nomination for her much-talked-about role in Tár. After those two, however, things start to get tricky.

The talented Michelle Williams received the Best Actress nomination for her performance — which received little-to-no buzz — in Steven Spielberg’s semi-autobiographical project The Fabelmans, a film that is also up for Best Picture. Then there is Ana de Armas’s nomination for Blonde, a movie that has polarized audiences with its sensationalized and arguably exploitative account of Marilyn Monroe. After its debut, many viewers expressed their discomfort with not only the film itself but with Ana de Armas’ portrayal of Marilyn and her inability to drop her native Cuban accent in favor of Monroe’s signature breathy coo (if only de Armas had been in touch with Austin Butler).

Perhaps the most perplexing entry into the Best Actress category is Andrea Riseborough for her role in To Leslie, a film that, due to its limited release, most of the population had not heard of until last week when a slurry of celebrities started suddenly praising her performance. There was lots of speculation that what seemed like a calculated, copy-and-paste message on both social media and in person (see: the identical phrase “a small film with a big heart” showing up time after time) was, in fact, a concerted PR push. While Riseborough does, of course, give a dazzling performance, it still raises the question of authenticity and transparency in the Oscars process. Notable, one likely nomination was omitted altogether: Viola Davis's stirring turn in The Woman King.


Since her breakout role in 2009’s Doubt, which Meryl Streep thoroughly praised despite her less than 10 minutes of screen time, Viola Davis has been nominated for a total of four Academy Awards, giving showstopping, scene-stealing performances in each. It's her lack of nomination in the Best Actress category and the complete Oscars shut-out for The Woman King, however, that has people upset. Having received monumental praise, as well as boasting a 94% fresh rating on Rotten Tomatoes, it’s surprising that the film garnered zero nominations from The Academy. Actress Lashana Lynch's moving portrayal is also notably missing from the Supporting Actress category.

Davis was not the only woman snubbed by the Academy, as once again — viewers may remember an evergreen one-liner from actress and presenter Natalie Portman — there were no women nominated in the category of Best Director, despite Gina Prince-Bythewood's The Woman King and Sarah Polley’s Women Talking garnering rave reviews.

The Academy omitting a film like The Woman King, one directed by and starring Black women, may seem like a coincidental misfire, but with the history of #OscarsSoWhite, this coincidence is, unfortunately, turning into a pattern. 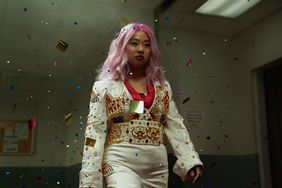