When Zoë Kravitz first heard that someone was trying to remake the John Cusack classic rom-com High Fidelity into a series, her first reaction was similar to many diehard fans: "Oh no." But after reading the script for the new series and re-reading the book written by beloved author Nick Hornby, she was all in. "I found myself feeling inspired and protective of the world Nick Hornby had created," she told the crowd at the New York City premiere of her new Hulu series Thursday night. "And so, I decided to do the show and to try really, really hard not to f–k it up."

High Fidelity, the series, which airs Feb. 14 on Hulu, became Kravitz's obsession. At the premiere, she introduced the screening by explaining her thought process for turning such a beloved classic into a series led by a woman in modern-day Brooklyn. In short, it damn near consumed her. "So, it turns out the 'not f–king things up' is really hard. Especially when you set your expectations like scary high," she said. "I was like, 'Ok. The show should be like the book, but different. It should be not like the movie, but kind of like the movie. It should be nostalgic, but new. It should be dramatic, but also funny. The characters have to grow, but not too much. The themes are big, but also small. I don't want to be like Cusack, but I want to be exactly like Cusack.'" Her sentiments drew a knowing laugh from her audience, which included co-stars Da'Vine Joy Randolph and newcomer David H. Holmes.

"And just like that, I became a psychopath," Kravitz added, inciting another roar of laughter. "I became obsessed with not f–king it up. I just wanted it to be perfect. And not perfect. Perfectly imperfect. Jesus."

At this point in her intro, Kravitz, who makes her executive producing debut with this series, took a moment to apologize to her fellow producers for her "obsessive, over-emotional behavior" that actually (eventually) ended up helping her get into character. "Also, I'd like to apologize to my husband and my friends for never shutting the f–k up about this show," she said with a smile towards her husband, actor Karl Glusman, who spent his Valentine's Day Eve supporting his wife at the premiere.

The dramedy series is decidedly different from her most recent TV role starring opposite Laura Dern, Nicole Kidman, Shailene Woodley, and Reese Witherspoon in the HBO series Big Little Lies. By contrast, Kravitz's High Fidelity character, Rob, is an emotional, if not mopey, music-obsessed, playlist-making record store owner who can't help but revisit her "desert-island, all-time top five most memorable heartbreaks" to try to learn a little bit more about herself.

Working with Kravitz was a big draw for her co-stars to sign on to the project, as well as the concept of swapping out the film’s all-male, mostly white leading cast for a leading lady and women of color. “It’s changing the narrative. And that’s my mantra. I don’t choose roles unless it does stuff like this,” said Randolph. “And what I like too is that in the ‘best-friend category’ I still have a full life myself. I’m not just sent to service [Kravitz’s character] and her every whim. And it’s encouraging to know like, gender, race, whatever, it doesn’t matter. The story still applies.”

Randolph says that the primary reason the show worked for her is that it's founded on a bedrock of good writing, led by Veronica West and Sarah Kucserka.The writing truly is a treat, with many fourth wall breaks that allow Kravitz to shine. However, there is something else that carried through the series that Kravitz described best: "Eventually I decided to abort mission: make the show perfect/imperfect/torture everyone around me and decided to focus on one thing, and one thing only: heart."

Later at the after party, also held at the Metrograph Theater in lower Manhattan, Kravitz was visibly elated, dancing to tunes spun by Questlove (a consultant for music on the show) and leading most conversations with variations of, “Really, what did you think?” She wanted the feedback and was excited to see the results of all of her work. When asked how she felt about it, the actress mused, “I feel great. I feel like people really related to it.” We’d have to agree.

High Fidelity is available to stream now on Hulu. 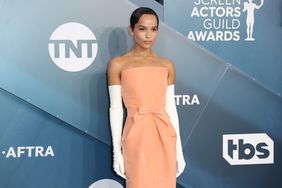 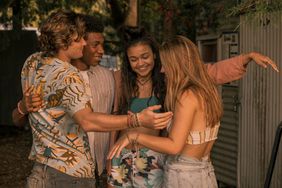 The Sad Reason Carrie Is Wearing *Those* Shoes in "And Just Like That" ...'s Most Shocking Scene