Aw, Zayn Malik is so cute!

Yes, he looks exceptionally sexy since buzzing his head and stepping out in three-piece Tom Ford suits with rounded optical glasses. But we’re not talking about his outer charm, guys. It’s what’s inside that counts, right?

On Tuesday, the former One Direction singer took to Twitter not to talk about, say, a new hit single or music video, but instead to give girlfriend Gigi Hadid a super cute shout-out. After the top model hit the Tommy Hilfiger runway in London for her latest collection with the designer, Malik made sure the world knew he was super proud of his girl.

“Congrats baby x,” he wrote alongside an epic shot of Hadid rocking her leather shorts with a matching black top and billowing floral shirt.

It’s nothing new that Malik uses social media as a vehicle of praising Hadid, but c’mon, the fact that he publicly congratulated her that same night—we’re sure he called and sent a few texts, too—is just damn cute. 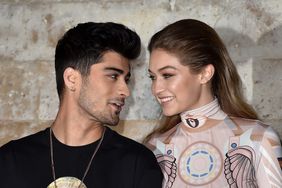 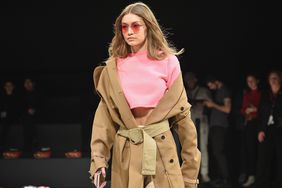 Gigi Hadid Takes the Runway Home with Her