One year has past since the historic Women's Marches that filled city streets across the globe, becoming what's thought to be the largest single-day protest in U.S. history, on Jan. 21, 2017. And as we gear up for the second annual marches this weekend—and the start of a new voting initiative, #PowerToThePolls, kicking off in Nevada—we're looking back at what women's right activists have achieved between those bookends.

This week, the Women's March organizers released Together We Rise, a narrative history of the making of the marches. Consider it a field guide for fighting injustice, punctuated with original essays from celebrities and activists like Rowan Blanchard, Ashley Judd, America Ferrera, Congresswoman Maxine Waters, Roxane Gay, and more.

Judd recalls the nervous moments before the speech she gave at last year's march, which she opened with Nina Donovan's poem "I Am a Nasty Woman." Ferrera says the protest gave her hope for the future: "To move forward as a movement, we have to stay connected to the reason we marched in the first place: one another ... If we can bring that ethic of community and love into our daily lives, I believe we can sustain a movement beyond a single historical day." Gay tackles internationality and addresses her reservations about mainstream feminism as a woman of color.

There were plenty of other women who found the courage to speak their minds this year, too—and many of them put their rallying cries to paper, giving our library of feminist literature a fresh take. Head into the weekend with the most inspirational quotes from the best female-first books published since this time last year.

Toni Morrison's The Origin of Others

"Race has been a constant arbiter of difference, as have wealth, class, and gender—each of which is about power and the necessity of control."

Morrison expertly dissects the nuanced conversations around race and why they matter.

Ariel Levy's The Rules Do Not Apply

"Daring to think that the rules do not apply is the mark of a visionary. It's also a symptom of narcissism."

Ariel Levy charts the highest and lowest points of her life as a journalist striving for independent success and imparts the wisdom she's learned along the way.

Roxane Gay's Hunger: A Memoir of (My) Body

"I don't know if I am happy, but I can see and feel that happiness is well within my reach."

Gay gets candid about her struggles with body image, confidence, food, weight, and love.

"Because you are a girl' is never a reason for anything. Ever."

The author who brought us We Should All Be Feminists is back to offer to the world advice on how to raise a feminist, addressed to one of her close friends.

Mary Gaitskill's Somebody with a Little Hammer

"Since I had only learned how to follow rules or social codes that were somehow more important than I was, I didn't know what to do in a situation where no rules obtained and that required me to speak up on my own behalf."

In this collection of essays, Gaitskill offers a nuanced and exceptionally thoughtful commentary on traditional feminist issues, from rule breaking to rape, politics, and pop culture.

Amy Alkon's Unf*ckology: A Field Guide to Living with Guts and Confidence

"I'm hoping you'll come to the conclusion I did—that being afraid to do something isn't good enough reason to let yourself duck out of doing it."

"So if I may be so bold, I straight up want this book to change your life. I personally was sick of being a mess and I'm also sick of your being a mess, so let's get our shit together. Together."

2 Broke Girls co-creator Whitney Cummings gives us the low down on life as a female comedian—the good, the bad, and the funny.

Rebecca Solnit's The Mother of All Questions

"A free person tells her own story. A valued person lives in a society in which her story has a place."

In this series of essays, Solnit explores how the patriarchy actually works and addresses various forms of silence.

Ellen Pao's Reset: My Fight for Inclusion and Lasting Change

"I heard the HR consultant's words, 'You will never succeed,' and the team member's words, 'You are now the problem,' and I realized they were right. But now I found it empowering: If they'd thought I was a problem before, I decided, they were going to see what a real problem they had created."

The woman who shook up Silicon Valley igniting the conversation about discrimination against women, people of color, and others in the workplace has chronicled her experience from start to finish.

Gabourey Sidibe's This Just My Face: Try Not to Stare

"This is my body. It's going to be with me forever. For all the ways it's failed me, it's come through for me a million times more."

Sidibe gives an honest take on what she's learned from life's ups and downs. 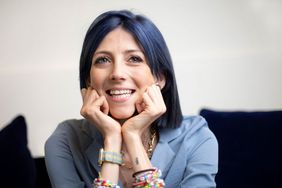 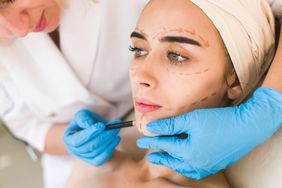 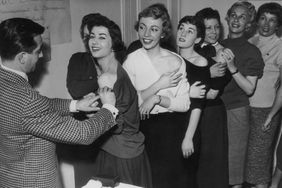