Though an awesome all-female Ghostbusters reboot is in the works, it looks as though that team won't be the only ghost-fighting game in town.

Sony is launching Ghostcorps, a new production company with original Ghostbusters director Ivan Reitman and star Dan Aykroyd where they will develop more projects based on the Ghostbusters universe. One film is already in the works; Channing Tatum is producing and may star in it, Deadline reports. Well, we would gladly call him!

Who Ya Gonna Call? Did Kristin Wiig and Melissa McCarthy Sign On for the Female Ghostbusters Reboot?

But to be clear this film is in no way replacing the Ghostbusters reboot starring Melissa McCarthy and Kristin Wiig, which starts filming soon. Reitman told Deadline, “We want to expand the Ghostbusters universe in ways that will include different films, TV shows, merchandise, all things that are part of modern filmed entertainment."

Original Ghostbuster Ayrkroyd—who has been trying to get a third film going for years—recently shared on an episode of Unmasked with Ron Bennington that he is thrilled about the all-female reboot. “The real reality in fact of the third movie with this tremendous cast of women, Melissa McCarthy, Kate McKinnon, Leslie Jones and Kristen Wiig ... I’ve got three daughters, so I’m all for female empowerment,"Ayrkroyd said.

"[Director Paul Feig] establishes the voices beautifully in these characters. Now of course, he’s got masters playing the roles for him, so this is going to really work in our favor for the third movie.” 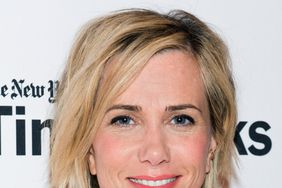