Amber Tamblyn is on a mission to get you to read better poetry---and she's not simply recommending her favorites, she's writing her own.

The actress and filmmaker (and fairy Godmother to Blake Lively's new baby) is, first and foremost, a poet. She just finished a six year journey working on her third book—and it's a marvel.

A bold and macabre collection, Dark Sparkler delves into the tragic deaths of 38 actresses. Each poem is inspired by a different late stars (Marilyn Monroe, Dana Plato, and Brittany Murphy are among the subjects). The poems are interspersed with original artwork from friends of the writer's, including Marilyn Manson and David Lynch.

"I was being truthful and exploring the real pain underneath everything," Tamblyn told InStyle. "It was a real labor of love and it's a work I’m really proud of. I'm really excited for young women to experience it—young men too!" the author said of her decidedly feminist work.

It's a gut-punch of a book. Raw and intimate, each poem in Dark Sparkler ($12, amazon.com) delivers a naked, cathartic dose of emotion that, as Tamblyn puts it, "immortalizes their pain." The writing process was particularly difficult for Tamblyn, an accomplished poet with two previous books under her belt (2009's Bang Ditto and 2011's Free Stallion: Poems). To do her subjects justice, she combed through police and autopsy reports---and slipped into a dark head space. "It was tough, but I really went at it like a journalist."

Drew Barrymore to Pen a Series of Autobiographical Essays

“Each (poem) was completely different. Some of them came really naturally and easily," said Tamblyn, including "Brittany Murphy," the first she penned for the book. Others were much harder to write. "I kept trying to think of new ways to write about the more famous ones—like Sharon Tate," she said. "How do you write about something that’s so intimate without being sort of salacious?”

Another poem, "Dana Plato," weighed heavily on Tamblyn. "Studying what had happened to her and the way that she died was horrible," she said. "She did this Howard Stern episode and they just ripped her to shreds. People called in and they didn’t even say she was ‘ugly’ or ‘fat.' They said that stuff---but the stuff that really hurt was hearing people very literally saying, ‘You don’t matter and you’ve never mattered. You were never good. Nothing you’ve ever done is good and you should kill yourself.’" Plato committed suicide the day after filming the show. "That got me. That got me good. I took a break for a year. I didn't write anything for a year. I had to divorce myself from the emotion of it for awhile."

In spite of Dark Sparkler's bleak subject matter, Tamblyn is hopeful that her readers will find a happier takeaway from her poetry. "Understand that death is to be embraced—and not literally—but the idea of shedding skin and starting over and rebirth [is] a really powerful thing," says the author. "When you’re feeling like you’re at the end of your rope and you've got nowhere to go, continue going down the end of the rope. Continue going that way. As it gets darker and darker, see how far you can go."

Join InStyle's Book Club! 7 Page-Turning Picks to Read This April
Was this page helpful?
Thanks for your feedback!
Tell us why!
Related Articles 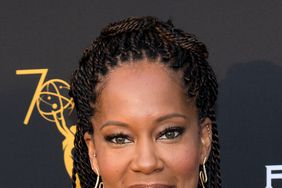 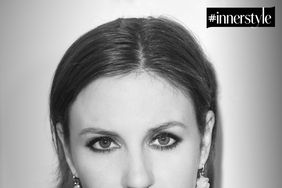 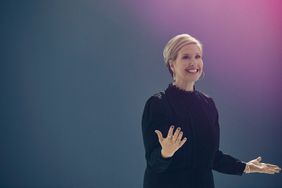