Go Inside the Whitney Museum's New Inspiring and Light-Filled Space in Downtown N.Y.C.

Today is the official opening day of the Whitney Museum of American Art, a New York treasure that has moved from Manhattan’s Upper East Side to the West Village and back to the original stomping ground of its founder, the socialite and art collector Gertrude Vanderbilt Whitney. An ardent supporter of American art and a sculptor in her own right, Whitney founded the institution in 1930 in four adjoining brownstones on West Eighth Street, creating a home for her collection of over 400 contemporary works, at a time when the general public was far more interested in the old masters.

At a recent press event, the nine-story, Renzo Piano-designed, $422-million museum opened its doors to curious journalists. The museum’s director, Adam Weinberg (pictured, above right, with Piano left), described the building as a “laboratory for artists,” with much more space for the permanent collection, along with a vast conservation department, and for the first time for the Whitney, a theater, a study center, and an education center.

The galleries themselves are ethereal in their vast scale, filled with natural light and offering views of the Hudson River on one side of the building, and the bustling, tree-filled neighborhood (including The High Line) on the other. While “a singer should not explain a song before they sing,” said Piano, addressing the crowd, he did outline the intent of the project: a building for culture that should be open and accessible to the community, and not intimidating. “When you go upstairs, you are entering a world of art and freedom," he said. "The art is about freedom, and the building is designed to make that freedom visible.”

Familiar canvases, like this Rothko, above, and sculptures from the uptown edifice appear in their fresh new digs, and you stumble upon them gladly as you would old friends. They all appear in the context of a broad survey of American art called “America Is Hard to See,” (a quote borrowed from a Robert Frost poem).

VIDEO: How to Put Together an Art Gallery Wall

The museum also allowed a peek into its new 3,000-square-foot conservation studio, a glorious expansion of the more modest 400-square-foot space that existed uptown. Here, there are separate rooms for work that requires wet paint and pigment and infra-red photography to gently assess the condition of a painting beneath layers of color and varnish.

A wander through the galleries often brings the viewer outdoors onto terraces with sculpture galleries with seating to enjoy panoramic views over the city and the Hudson River. Artist Mary Heilmann created a site-specific installation called "Sunset" on the museum’s fifth-floor terrace, comprised of a video monitor showing a 1982 film by the artist that documents the neighborhood and the changing light over the river. Most striking, though, is Heilmann’s scattering of vibrant armchairs on the sunny rooftop, where visitors can relax. “Museums are places to hang out,” Heilmann has been quoted as saying, by way of explanation.

We predict that everyone will want first dibs on a seat at the new Whitney.

10 Cool Things We Saw at New York City's Art Week
Was this page helpful?
Thanks for your feedback!
Tell us why!
Related Articles 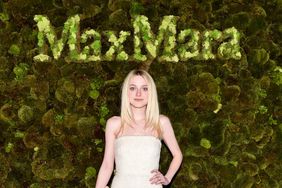 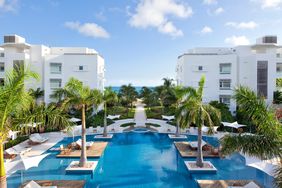 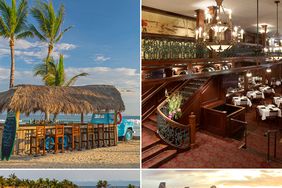 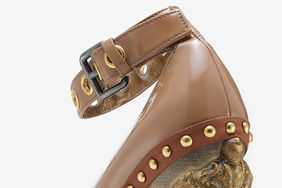 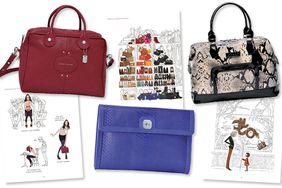